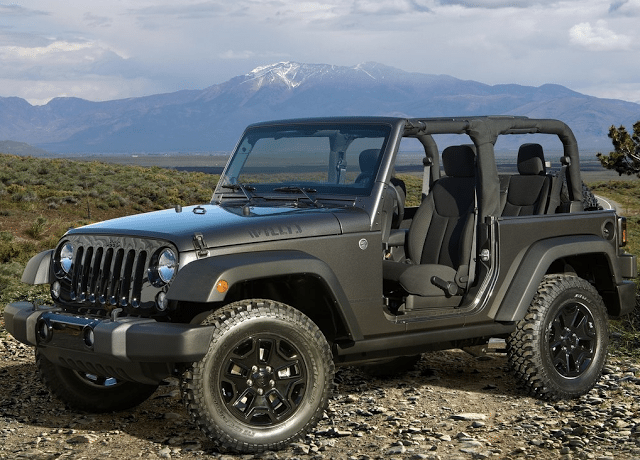 An anticipated decline in U.S. auto sales in May 2015 failed to materialize as the gains reported by automakers on the rise – GM, FCA, Honda, VW – were more than enough to offset losses at Ford, Toyota, and Nissan. Indeed, the gains were strong enough to make May 2015 the highest-volume May ever for the auto industry in the United States.

General Motors was the top-ranked automaker in America in May 2015 as the market grew slightly less than 2% and GM sales increased 3%. Ford led all auto brands. BMW was the top-selling premium brand. No auto brand posted a greater year-over-year improvement than the 32% jumps at Chrysler and Mitsubishi. Among high-volume brands, Jeep’s 13.5% leap was tops. On the flip side, sales at Scion and Dodge tumbled 22%, and Hyundai’s 10% decline was noteworthy.

On the whole, sales increased by approximately 26,000 units and are up by around 300,000 units through the first five months of 2015. Automakers are on pace for what could be a year of 17 million sales.

With an all-time monthly Jeep sales record – including records from the Wrangler and Cherokee – Fiat Chrysler Automobiles began the day by reporting a 4% year-over-year expansion in May 2015 sales despite sharp drops at the namesake Fiat and Chrysler brands.

The Ford Motor Company announced 1.3% losses despite improved sales at Lincoln and with Ford’s own cars. Ford utilities were down 1%; the F-Series slipped 10%.

General Motors, the largest automaker in the United States, reported a better-than-expected 3% gain on the strength of pickup trucks and Lambda crossovers.

Toyota Motor Corp., the world’s largest automaker, posted a marginal decline because the namesake brand’s cars, including Scion, slid 12%. Lexus cars increased slightly, and the brand’s crossovers helped power Lexus to a 10% year-over-year improvement. American Honda failed to show signs of great health after the Honda brand couldn’t make gains in May, although Acura, despite falling SUV sales, jumped 16%. More on other automakers below.

If you don’t wish to see automakers arranged alphabetically, click column headers to sort automakers by May 2015 sales, year-over-year change, year-to-date totals, or any other order. Best seller lists for cars, trucks, and SUVs will be added later this afternoon. In the coming days, GCBC will also publish a complete list of May sales for every single vehicle line, a list which includes brand results. To find out what you can expect, you can see an April version of that list here. You can always find historical monthly and yearly sales figures for any brand by clicking the brand name in the table below or by selecting a make (or model) at GCBC’s Sales Stats page.

Volkswagen surprised with an 8% increase, though sales at this time last year were down 15%. Strong Golf volume – sales increased by 4515 units to 6308 in May – is propelling Volkswagen. VW’s Audi brand shot up 11% to 18,428 units, a May record and the second-best month ever for Audi USA. BMW, an Audi compatriot and competitor, rose 5% to 31,003 sales in May as the brand’s SAVs continued to slide. China’s Swedish luxury automaker, Volvo, posted a narrow 0.2%, nine-unit gain to 5023 sales in May 2015 with help from the first 741 sales of the all-new 2016 XC90. Mercedes-Benz trailed BMW (the top-selling luxury brand in America last month) in premium brand sales by 1420 sales in May but leads BMW by a scant 479 sales year-to-date.

Nissan USA reported a slight decline in May sales largely because of a result of a sharp car slowdown – Nissan cars slid 11%. Mitsubishi doubled Mirage volume and thus reported a 32% improvement. Mazda’s slow rate of growth ground to halt in May as the brand’s volume dipped 0.4%. The 3, 5, MX-5, and discontinued 2 all posted decreased year-over-year sales. Rival Japanese automaker Subaru reported a 12% increase, on the other hand, powered by a 64% boom in Legacy sales, a 36% jump in XV Crosstrek sales, and continued growth from the two top-selling members of the family, Forester and Outback.

Kia reported record-high monthly sales on the strength of the Sedona minivan’s growth and improved Sportage and Sorento sales and despite decreased Soul and Optima volume. Kia’s Hyundai partner, however, took a 10% hit in May 2015, a loss of 7300 sales.