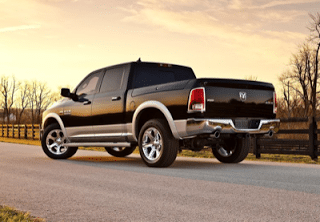 Automobile manufacturers were expected to post significant improvements in the U.S. market in May 2013. Expectations were similar one month earlier, but April’s 8.5% sales gains, though healthy, weren’t as dramatic a year-over-year improvement as anticipated.

April’s growth was superior to what the market’s achieved in the first four months of 2013. The 6.9% year-over-year improvement through the first third should rise in May with yet another month of strong truck sales and boosts at Nissan that should compensate for a likely Toyota decline.

Final results? Auto industry volume improved 8% to 1.44 million new vehicle sales, on par with or even slightly better than an average of predictions, according to Automotive News and Bloomberg. The Detroit Three, including the Fiat 500, accounted for 49% of the market’s sales in May 2013 as truck sales continued to pick up. Get it – Pickup?

May Highlights: Hyundai says Elantra volume jumped 33%. Ram truck sales grew on a year-over-year basis for the 37th consecutive month. Ford sold more than 70,000 F-Series pickups for the first time since March 2007. Subaru set a company record in May with help from a 33.5% jump in Outback volume and a 37.5% Forester boost. GM truck sales were up 15%, but at the other end of the spectrum, the Chevrolet Sonic posted its best sales month so far. Nine of the 24 Nissan MoCo products which could produce a year-over-year gain did so.

26% of the Audi Q7’s sales total was diesel-derived; thay figure was 11% for the Audi A8. The hardtop Beetle and Golf family were responsible for much of Volkswagen’s decline, as the two models fell 45.4% and 21.3%, respectively. 82% out of every ten Mazda sales came from the 3, 6, and CX-5, up from 72% a year ago. Porsche Cars North America’s CEO said their, “two-door sports cars are still the heart and soul of the Porsche brand,” but failed to mention that the Cayenne outsold the company’s three two-door sports cars – combined – in May.

Acura sold 191 TSX Wagons, Honda customers registered 15 electric Fits, and the Accord, Civic, CR-Z, and ILX combined for 1250 hybrid sales. 3-Series sales shot up 47% in BMW showrooms in May. Mini brand sales tumbled as all models except for the Roadster (and new Paceman) posted declines. 45% of the Jaguar XFs and XJs sold were equipped with all-wheel-drive, Jaguar reports. C30, C70, S80, XC70, and XC90 sales fell at Volvo – the S60 and XC60 both posted increased volume.

Excluding Sprinter van sales, Mercedes-Benz trailed BMW by 517 units in May but is 7856 units ahead of its compatriot through five months. Where did the anticipated Toyota decline go? 5150 extra Avalons and steady Camry volume helped, as did a 17% pickup truck improvement. Outlander Sport sales jumped 79% in Mitsubishi showrooms. And the Optima was Kia’s best-selling model for the 18th consecutive month, outselling the next-best-selling Soul by nearly 4000 units.

Don’t like to see automakers arranged alphabetically? Click column headers to sort automakers by May ranking, May 2013 sales, year-over-year change, or any other order. Best seller lists for cars, trucks, and SUVs will be added later this afternoon. You can always find historical monthly and yearly sales figures for any brand by clicking the brand name in the table below or by selecting a make (or model) at GCBC’s Sales Stats page.