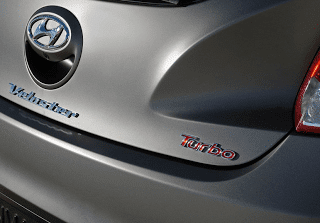 America’s new market grew 26% in May 2012, following up strongly on what had been a dreadful month at this time last year.

1.3 million new vehicles were acquired by U.S. residents in May. Increases were encountered in all sectors. America’s most popular vehicle, the Ford F-Series, was up 29%. America’s best-selling car, the Toyota Camry, more than doubled May 2011’s output. America’s leading SUV, the Honda CR-V, enjoyed a 54% volume jump. Mercedes-Benz, BMW, and Lexus – the three highest-volume premium brands, posted 21%, 7%, and 74% gains, respectively.

Hyundai USA’s CEO John Krafcik took to Twitter early this morning to report Hyundai’s improved May 2012 U.S. auto sales volume. Saying that May was Hyundai’s second-best-month ever, Krafcik also suggested that the Elantra and Sonata suffered from “lean inventory”. In part because of poor dealer stock, April sales of the Sonata and Elantra were down 6% and 24%, respectively. Compared with May of last year, Sonata and Elantra volume slid 9% and 6% last month.

All 258 Vehicles Ranked – May 2012 YTD U.S. Sales By Model
Chrysler and its five brands have all reported early, and the year-over-year numbers are sizzling. This was the best May for the Chrysler Group since 2007. Overall, Chrysler sold 150,041 new vehicles, up 30% from last year. Ford topped 200,000 units, Lincoln was down 2%. Nissan’s gains were notable, but its luxury division, Infiniti, jumped 66%.

GM sales jumped 11% although, year-to-date, The General is up just 2%. Cadillac was a drag in May, as Buick, GMC, and Chevrolet all posted gains better than 10%. Buick Verano sales have risen every month since it went on sale in November. Mercedes-Benz and smart combined for 25,259 sales; BMW and Mini combined for 28,321. The Honda brand grew its sales by nearly 38,000 units; Acura by 5586. Toyota nearly doubled its May 2011 volume.

Aside from niche brand Fiat, no auto brand improved with the force of Toyota, which reported a 92% improvement. Mitsubishi sales, on the other hand, plunged 26%, as the brand’s model lineup shrinks terribly. Cadillac, Lincoln, Volvo, and Bentley were the other four brands to post declines.

Don’t get mixed up – volume is not the only key to profitability. Ford, for example, upgraded incentives in May after decreasing the amount they spent on each car in April. Dodge is in a no-Caliber-no-Dart phase where supply is basically nonexistent in the key compact car category. Porsche sells very few vehicles, relatively speaking, yet makes boatloads of earnings. This table, like the majority of posts on GoodCarBadCar.net, tracks new vehicles on the road. Not how many cars one company plans to build. Not how much money you believe they can make selling a truck at a discount. Just how many vehicles are on the road.

One company is probably going to sell more cars if they have more cars available to sell, but not if those cars aren’t desired in the first place. An automaker is to be lauded for discerning the marketplace’s interest for, as an example, more crossovers and therefore successfully rearranging the factory to build more crossovers. It’s not their fault if another company can’t also build more. And since we’re tracking sales volume, a best seller list isn’t going to offer much compensation for one manufacturer’s inability to build enough cars to meet what may be mediocre demand.

Forecasts for the U.S. automobile market in May saw soaring sales compared with May 2011 when the market fell 3.7% compared with May 2010. The forecasts themselves weren’t unexpected. Year-over-year figures are a vital part of any sales analysis, but keep that fact in mind. Last May sucked, as the post-tsunami inventory crisis started to mess with Toyota and Honda, in particular. At this point in 2011, five months of selling cars had brought about a market that was up 14% over the previous year.

There are those who say the numbers GoodCarBadCar publishes are biased, as though one man at one desk working on one website controls how many Chevrolets or Toyotas are sold in the United States. That’s silliness, and the depth of that silliness can’t be fathomed. If Toyota sells more cars, that fact will be made obvious by listing Toyota ahead of the brands which sold fewer vehicles. If Buick outsells Lexus, well, good on them, and that fact will be made obvious, but Buick didn’t so this month. Attempting to ascribe bias to GoodCarBadCar because your favoured brand is periodically outsold by your least favourite brand is a waste of your life’s allotted bias-ascribing tongue-lashings.

Numbers for specific models will be reported in our database of historical monthly and yearly sales figures which you can access through the dropdown menu at the top right of this page or at GoodCarBadCar’s Sales Stats home. Also at GoodCarBadCar’s Sales Stats home, you can go back in time to find brand-by-brand rankings for previous months and years. May’s 20 best-selling cars, 10 best-selling SUVs, and five best-selling pickup trucks have already been published. More best seller lists will appear tomorrow, and a complete U.S. auto sales recap for May 2012 will be undertaken over the course of early June.

It’s Friday, you don’t feel like working, so waste some time looking at numbers. Be the car-loving accountant who has fun on Fridays.