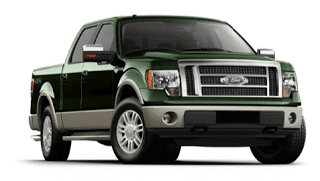 One year ago, the Canadian automobile industry collectively reported a 3.7% year-over-year decline compared with May 2010. The market had barely improved through the first five months, up just 1.8%.

Other than Hyundai, Kia, and Dodge (Ram-included), every other automobile brand ranked in the top ten for volume was down. The following month, June of 2011, was a month of recovery. Year-over-year sales rose 6.7%, and compared with May, volume was up 10.6%.

But May 2011 wasn’t a good month. And that fact must be kept front of mind when delving into the figures in the May 2012 brand-by-brand rankings you see below.

A preliminary look at Ford reveals healthy sales in all corners. Lincoln’s had a rough go of it through the first one-third of 2012, but there was a bit of a turnaround in May, at least in comparison to the same period a year earlier. 35% of the Blue Oval products sold in Canada in May 2012 were F-Series pickups. The Escape accounted for another 12%. 55% of the Lincolns sold were Edge-based MKX crossovers.

Chrysler Canada’s numbers were also reported early, revealing a 5009-unit deficit compared to the top-ranked manufacturer in Canada, Ford. Hyundai sales climbed a very slight 2%, an increase of which included one Elantra Coupe sale. Volkswagen’s gains were small – the Jetta accounted for 43% of all VW Canada volume in May. Overall, General Motors was down 6.5%, although gains were seen at Buick and GMC. No mainstream automaker posted an increase as great as Toyota’s 72% jump. Nissan’s luxury division, Infiniti, recorded a 77% improvement. Cadillac’s 22.5% drop was most notable, aside from defunct Saab’s 90% decline.

The majority of brands also have their specific model sales data updated in GoodCarBadCar’s database of historic monthly and yearly sales sales figures, accessible through the first dropdown menu at GCBC’s Sales Stats home. Others – like Honda, Subaru, Mercedes-Benz, and BMW – will be posted a little later in the month. The U.S. version of these May 2012 brand-by-brand rankings is well underway.