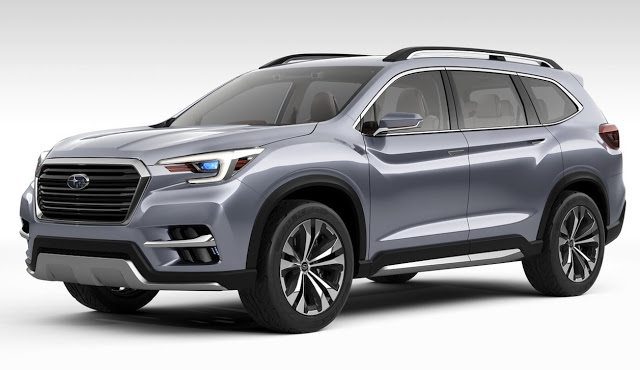 Surging Nissan Rogue sales, a tremendous launch of the new Honda CR-V, continued growth from the Toyota RAV4, and renewed growth from the Ford Escape are powering the Canadian SUV/crossover sector to new heights in early 2017.
First-quarter volume jumped 9% across the sector as Canadian new vehicle demand grew to record levels, bolstered largely by demand for utility vehicles. These 100 nameplates now account for 40% of all Canadian new vehicle sales.
Canada Vehicle Sales Rankings By Model – March 2017 YTD
Canada Car Sales Rankings By Model – March 2017 YTD
And of the nearly 171,000 SUVs and crossovers sold through the first three months of 2017, the top four have generated nearly one-quarter.
In order to produce such lofty sales levels, automakers are incentivizing new vehicle sales by an average of almost $6000, according to J.D. Power. But the effort level required by dealers to get SUVs/crossovers out the door is not remotely as significant as it is, for example, to move a discontinued Chrysler 200 off the lot.

Utility vehicles are in demand. Honda doesn’t even have enough CR-V inventory to meet demand, for example, and a number of new SUVs will be joining the rankings in the coming months. Expect to soon see the Volkswagen Atlas. There’s a new Chevrolet Equinox landing now; a new Chevrolet Traverse soon. Volkswagen is also replacing the Tiguan later this year. Subaru just revealed a thiny-veiled version of its production Ascent. The list goes on.
Canada SUV/Crossover Sales By Model – April 2017 YTD
Canada SUV/Crossover Sales By Model – February 2017 YTD
Canada SUV/Crossover Sales By Model – March 2016 YTD
Canada Pickup Truck Sales By Model – March 2017
Canada Minivan Sales By Model – March 2017
As a result, the 40% market share achieved by the SUV/crossover sector in early 2017 may seem like a small figure five years from now. Fuel prices aren’t a deterrent as many of the most popular crossovers drink like a midsize car. And with strong lease deals on utility vehicles thanks to superior residual value, automakers will find a way to move buyers out of Altimas and Sentras and into Muranos and Rogues.
Reminder: these are 2017 year-to-date rankings, but you can sort vehicles by February 2017 volume by clicking the February 2017 column header, or you can rank vehicles by improvements or declines using the % columns.
Or, most importantly, you can list automakers together by selecting the SUV/Crossover column header. At any time, click the Rank column to return to the original format. If you’re on a mobile device, you may need to choose the full version of the site (at the bottom of the page) in order to use the sortable function.
As always, you can find historical monthly and yearly sales figures for any of these vehicles by selecting a make and model at GCBC’s Sales Stats page. Mobile users can now thumb across the table for full-width access.
Click Column Headers To Sort • April 2017 • February 2017 • March 2016
Source: Automakers & Global Automakers Of Canada & ANDC
* Italicized unranked lines are nothing more than available breakdowns, already included in the model’s total, not in addition to the model’s total.
º Land Cruiser is a commercial vehicle in Canada.
Sales data for brands such as Ferrari, Lamborghini, and Rolls-Royce are unfortunately not broken down by model. estimates say sales for those brands in 2017’s first three months were 20, 18, and 8 units, respectively. It is believed that Tesla sold 414 new vehicles during the first two months of 2017.