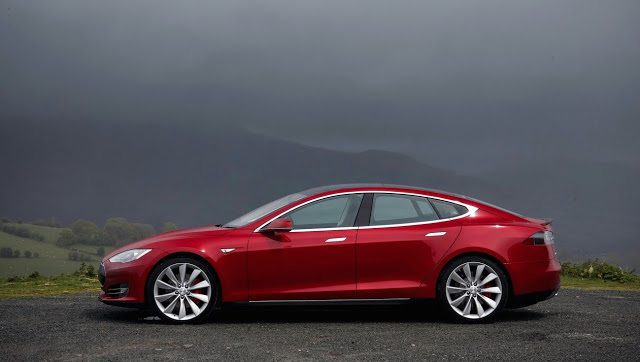 Across the large luxury car sector in March 2016, declining sales in March 2016 and the first-quarter of 2016 were the norm in the United States.

As for the class leader, Mercedes-Benz lost more than a third of its March S-Class volume, and S-Class sales are down 18% so far this year.

Meanwhile, HybridCars.com estimates that Tesla sold more than 3000 copies of the Model S in March, the second-highest figure ever. Other estimates, from the Wall Street Journal/Motor Intelligence, for example, were significantly lower, but at 2100 units, the Model S was still estimated to be on the rise.

Is the Model S a direct rival for the Mercedes-Benz S-Class? Perhaps not. But at the very least, the Model S is a potential alternative to the S-Class and its direct rivals.

Source: Automakers & ANDC
GCBC isn’t here to break down segments, an impossible task for any group, but to display sales data for the sake of comparison. The BMW 6-Series is listed here as it now features a “mainstream” sedan bodystyle in addition to its two-door variants, just like the larger S-Class. You can always find the sales results for EVERY vehicle and form your own competitive sets by using the All Vehicle Rankings posts. Sales data for brands such as Aston Martin, Bentley, Ferrari, Lamborghini, Lotus, Rolls-Royce etc. are unfortunately not broken down by model. estimates say sales for Aston Martin and Lotus were 258 and 42, respectively, in the first three months of 2016. Bentley, Ferrari, Lamborghini, and Rolls-Royce, in the first three months of 2016, sold 262, 516, 253, and 222 units, respectively. Tesla, unfortunately, doesn’t release model-specific monthly U.S. sales data, but HybridCars.com estimates 3400 Tesla Model S sales in March, 6600 YTD.