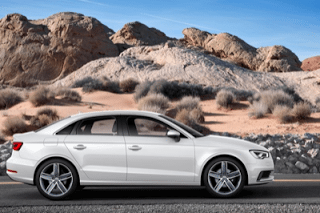 Even as the overall new vehicle market rose 3.4% in America in March 2013, dozens of different nameplates suffered from declining year-over-year volume.

Compared with March 2013, no actively-marketed,  un-cancelled nameplate fell as hard as the Audi A3. Its 81% decline equaled 513 fewer sales for Audi USA.

The Scion iQ, Mercedes-Benz SLS AMG, Infiniti EX, Honda Insight, Acura TSX, and Lexus CT200h all posted totals which were less than half of what they managed a year ago.

Strictly looking at March 2013’s volume, the A3 appears low in contrast to other vehicles priced under $45,000; in comparison to vehicles of any price, in fact. Look for A3 sales to be higher than ever, nonetheless, when Audi replaces the current hatchback A3 with the new A3 sedan.

Honda’s CR-Z, the favourite whipping boy for auto sales analysts, hasn’t posted a year-over-year increase since the first month in which it was eligible, August 2011. Scion’s iQ, meanwhile, has recorded three consecutive year-over-year declines and was outsold by the Smart Fortwo by a 2.4-to-1 ratio. Chevrolet sold 3538 Sparks in March.

You can find detailed historical monthly and yearly sales figures for any of these vehicles by selecting a make and/or model at GCBC’s Sales Stats page. You can also view the world in a brighter light by looking at March’s 30 best-selling vehicles in America. Worst sellers are ranked three different ways in the tables below.

Source: Manufacturers & ANDC
Vehicle must have been on sale in March 2013, must not have been officially cancelled by its manufacturer, and must have been showcased on manufacturer’s website through March 2013. Chevrolet’s Caprice PPV, Lexus LFA, Honda FCX are not eligible for this list. Sales by brands like Ferrari, Lamborghini, Lotus, Maserati, Rolls-Royce, and Bentley go unreported, unfortunately.
* In the near-term, for the purposes of the worst sellers list, GCBC will be viewing the Acura RL and RLX as one car.