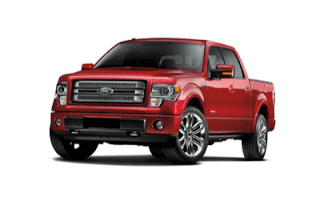 Excluding commercial vans, U.S. new vehicle sales grew 6.5% in the first quarter of 2013. Year-over-year improvement in the American auto industry is certainly slowing, but sales are nevertheless notably higher than they were a year ago. January sales jumped 14.3%. Through two months, sales were up 8.5%.

Stagnating passenger car sales go a long way to explaining why overall new vehicle sales volume isn’t growing at the same clip. The pickup truck segment grew 8.9% in March, for example. But according to Automotive News, passenger car sales are up just 3.2% this year, and car sales fell 1.2% in March 2013. 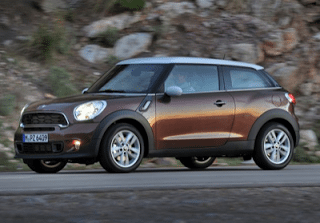 In a far more desperate position than new car sales are the overall minivan volumes achieved by nearly every minivan producer. 2013’s top seller, the Toyota Sienna, is up 20% this year, but Chrysler’s twins are down 3.5% and 23%, and Honda Odyssey sales are off by 5%.

Now get down to the nitty-gritty. Like fleet numbers? The Chevrolet Captiva Sport outsold 175 different nameplates in the first quarter of 2013. Like discontinued models? A year ago, the Chevrolet Avalanche was America’s 124th-best-selling vehicle. Now discontinued, the Avalanche ranks 128th, an awfully high rank for a vehicle that has no future. 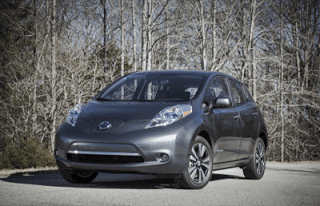 Like electric cars? March 2013 was the Nissan Leaf’s best U.S. sales month in the model’s brief history. It’s now America’s 160th-best-selling vehicle through one quarter of 2013, up from 178th in February and 190th at this time last year. Meanwhile, Chevrolet Volt sales plunged in March, but year-to-date sales are up 8%, and the Volt is America’s 148th-best-selling nameplate, down from 141st a month ago and 146th a year ago.

Like all-new models? The Mini Paceman came to market in March with 169 sales. That’s enough to land the Paceman in 236th spot, just ahead of the Audi R8 and just behind the Nissan GT-R. Speaking of Nissan, the NV200 van arrived last month. GCBC has also separated sales of the Prius models now that Toyota USA consistently supplies complete Prius sales figures. 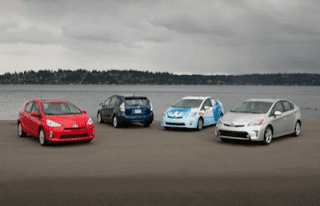 Oh, and the Ford F-Series was the best-selling vehicle line in the United States in the first quarter of 2013 and in the month of March.

The F-Series’ lead over the second-ranked Chevrolet Silverado grew by 27,952 sales to 52,194. So far this year, the F-Series has outsold every brand save for Ford itself, Toyota, Chevrolet, and Honda. No wonder Hyundai – 4513 sales behind the F-Series in 2013 – is exploring the idea of building a pickup truck.

GoodCarBadCar never ceases to remind its readers that they can always access historical monthly and yearly sales figures for any vehicle by selecting a make and/or model at the Sales Stats page. The Best Sellers page finds you many more lists just like this one, although most are shorter.

And please don’t forget that this table is completely sortable. This means by clicking the Vehicle button in the table heading you can rank vehicles alphabetically. Or if you just want to see how vehicles fared in March, click the March 2013 header. These are year-to-date rankings, so you’ll continue to see their quarterly finishing order at the far left no matter how you choose to sort the list.

Also, let’s do the internet a favour by sourcing GoodCarBadCar.net if you’re compiling data based on the information already compiled in this list, and let’s not just rip the code for your own Harare-hosted “news” blog. One can only hope.

Source: Manufacturers & ANDC
Red font indicates year-over-year declining sales
Italicized unranked lines are nothing more than available breakdowns, already included in the model’s total, not in addition to the model’s total. Sales data for brands such as Aston Martin, Ferrari, Lamborghini, Lotus, Rolls-Royce etc. are unfortunately not broken down by model. estimates say sales for those brands in March were 69, 162, 46, 22, and 84, respectively. Total Maserati and Bentley volume is reported, but not by specific models. Tesla says it sold 4750 Model S sedans in the first quarter but refuses to release specific monthly sales data.
* Prius is now listed by model variant rather than as a family. Prius Family sales are down 8.4% to 55,724 this year; down 22.9% to 22,140 in March 2013.
This post was updated on April 25/2013 to include the Dodge Caliber.