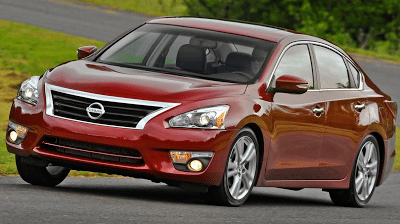 Suspended from its status as America’s midsize leader, the Toyota Camry posted an 11.5% year-over-year decline in March 2013. The Nissan Altima, despite its 8% drop, still hung on as America’s best-selling passenger car and, rather obviously then, as America’s most popular midsize car. Both the Camry and Altima sold more often in March 2013 than in March 2011, however.

Overall, new car sales in the United States fell 1.2% in March even as the overall industry collectively reported a 3.4% increase. In other words, the Camry and the Altima weren’t the only cars to sell less often this March than last March.

Bright spots, at least from an improvement perspective, included the Chrysler twins and Honda’s Accord.

You can click any model name in the tables below to find historical monthly and yearly U.S. (and Canadian) sales data. You can also select a make and model at GCBC’s Sales Stats page. Those tables are sortable, so you can rank U.S. midsize cars any which way you like. Suggestions on how GCBC should break down segments can be passed on through the Contact page.