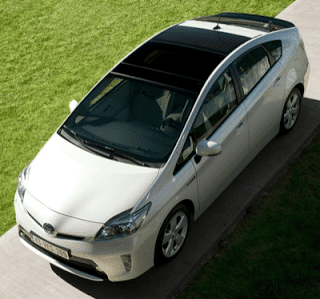 A major adjustment to the way GoodCarBadCar lists America’s best-selling vehicles should please all readers. This year, Toyota USA has adopted the Canadian approach of breaking down Prius sales by model, rather than just grouping the Prius, Prius V, Prius C, and Prius Plug-In as one family.

Now that it’s become clear that Toyota USA will be sticking with the practice, U.S. sales figures on GCBC can now properly list the original Toyota Prius as a single vehicle line.

To be clear, we throw the Prius Plug-In in with the Prius since they’re basically two powertrain options on the same car, not unlike the four-cylinder and V6 and hybrid versions of the Honda Accord or the regular Ford Focus and Focus ST. If, like last month, the whole Prius Family was listed as one model, it would have ranked as America’s 15th-best-selling vehicle in March, just ahead of the Chevrolet Equinox.

Speaking of the Equinox; together with the Silverado and Cruze, Chevrolet’s three best-selling models accounted for 48.2% of all Bowtie sales in March. Ford’s three best sellers – Escape, Fusion, and top-ranked F-Series – were responsible for 55.4% of overall Ford brand volume. Chrysler’s Ram Pickup, 200 sedan, and Jeep Wrangler brought in 36.9% of the Chrysler Group’s customers.

Present in February 2013’s top 30 but missing in March were the Dodge Charger, Dodge Grand Caravan, and Mazda 3. Stepping in to fill the void were the Jeep Wrangler, Nissan Rogue, and Nisssan’s Sentra.

Lest ye forget, you can always access historical monthly and yearly sales figures for any vehicle (including the Prius Family) by selecting a make and/or model at GCBC’s Sales Stats page. You can access many more best seller lists at the Best Sellers page. And, rather obviously, you can find America’s 30 best-selling vehicles from March 2013 below. Click the accompanying market share chart for a larger view.