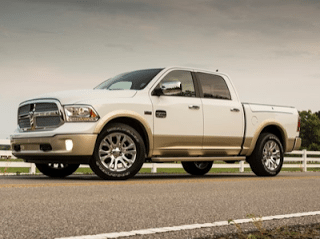 Based on big gains at Dodge and Ram, the Chrysler Group posted a 5% increase in U.S. new vehicle sales in March 2013. Hyundai, with its second-best month of all time, was down 2%. Figured that one out? Last March was Hyundai USA’s highest-volume month in the company’s history, 13% better than the prior March.

Ford, General Motors, Toyota, Volkswagen, BMW, Audi, Porsche, Nissan, and Subaru have also reported improved sales, in some cases record-setting sales for brands or specific models. Like Hyundai, Kia was down in March. Unlike Hyundai, every single model in the Kia lineup posted declines.

Rather clearly then, auto sales results in March present a mixed bag. Niche premium brands like Jaguar increased, while mainstream brands that should be improving, like Mazda, posted decreased volume. The biggest year-over-year gain belonged to Cadillac. The properly small ATS had its best month yet in March while accounting for nearly a quarter of Cadillac sales. Mitsubishi reported the worst drop in sales, in part due to a shrinking lineup, in part because Mitsubishi sometimes looks like it wants to be the next Suzuki. And that turns buyers off. Cadillac’s crosstown rival, Lincoln, fell 22.5%.

Within the next few minutes and hours, GoodCarBadCar will rank brands by March volume and market share tallies (and a chart) will be added. The table below is sortable, of course, so you can already see vehicles ranked whichever way you please.

Forecasts by industry observers suggested March volume was going to be significantly better than the same period last year. February 2013 sales were up 3.7% to 1.19 million units. Preliminary numbers say March was up about 3.4%.

Click any brand name in the table below to find historical monthly and yearly sales figures.
Click column headers to sort by specific categories. Using the mobile version of GoodCarBadCar? Switch to the web version at the bottom of the page, at which point columns should be sortable.
March 2014 – April 2013 – February 2013 – March 2012
Updated @ 7:43 PM AT 04.02.2013