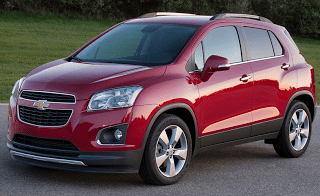 Ford has sold 17 more F-Series pickup trucks than the Honda brand has sold vehicles in Canada this year. This first quarter trend shouldn’t continue throughout the year. 2012’s first quarter had Honda 6199 sales ahead of the Ford F-Series. But through the end of March, 2013 has played host to a 13% improvement in F-Series sales and an 11% decline in Honda sales.

Keep in mind, Honda is far from the only brand to have been outsold by the F-Series line, which is really a compilation of vehicles that fall under one banner. Aside from the Ford brand itself (which derives 46% of its volume from the F-Series), only three brands have outsold the F-Series in 2013: Toyota, Dodge, and Hyundai.

7.3% of the new vehicles sold in Canada in the first quarter of 2013 were F-Series trucks. Another 10.1% came from the next three-best-selling pickups: Ram, Sierra, Silverado.

Truck popularity thoroughly explained, we can take a deeper look at what else went on in the Canadian auto industry between New Year’s Day and March 31. At the top of the heap, the Hyundai Elantra’s lead over the Honda Civic for passenger car supremacy was slimmed down to just 50 units – the Elantra was 1213 units ahead at the end of February.

In all, there were 14 cars in the top 30, the same as a year ago. But those 14 cars were a different bunch. Subaru’s Impreza fell from 30th in the first quarter of 2012 to 53rd a year later. Subaru was aided by 1247 sales of the XV Crosstrek, the 76th-ranked vehicle. Kia’s Forte, meanwhile, fell from 29th to 61st during its model changeover. The Good 12-winning Kia Rio zoomed up to 22nd from 42nd, however.

Big changes from a month ago involved the Chevrolet Trax (up nine spots to 77th), Buick Encore (up 57 positions), BMW X3 (+8), Acura MDX (+19), and the Toyota RAV4’s momentous move from 15th to 12th. The RAV4 was Canada’s best-selling utility vehicle in March. And while it seems unlikely that the RAV4 could unseat the Ford Escape as Canada’s best-selling SUV by the end of 2013, it’s doing a better job fighting that battle than its compatriot, the Honda CR-V. Both the RAV4 and CR-V are assembled in Ontario. Not Ontario, California.

Specific battles among lower-volume vehicles have the BMW 3-Series outselling the Mercedes-Benz C-Class by 562 units, BMW’s X3 building a narrow 71-unit lead over the Audi Q5 (which is only 105 units ahead of the Lexus RX), and the Chevrolet Orlando 317 sales ahead of the Mazda 5. The Toyota Prius V, Toyota Prius, Ford C-Max, and Toyota Prius C are ranked 113th, 117th, 121st, and 122nd, respectively. And Fiat volume is more than twice as strong as Mini Cooper volume.

Remember, this list is flipped compared to the normal way you see sales data displayed at GoodCarBadCar. The rankings apply to the first quarter, so the year-to-date columns are to the left of the monthly results. You can click any column header to sort this list alphabetically, by year-over-year change, by March totals, or by March’s year-over-year change. You can always find historical monthly and yearly sales figures for any vehicle by selecting a make and model at GCBC’s Sales Stats page. Non-mobile users can do the same near the top right of this page.

Below, first quarter Canadian sales results for every vehicle are displayed. Don’t be frightened. Yes, it’s a long list, but you don’t need to memorize it for any upcoming pop quiz.

Source: Manufacturers & ANDC
Red font indicates year-over-year declining sales
Italicized unranked lines are nothing more than available breakdowns, already included in the model’s total, not in addition to the model’s total. Sales data for brands such as Ferrari and Lamborghini are unfortunately not broken down by model. estimates say sales for those brands in the first quarter of 2013 were 60 and 42, respectively. Total Maserati and Bentley volume is reported, but not by specific models.
* Hyundai Canada separates the Santa Fe Sport from the Santa Fe XL, of which the company sold its first 88 copies in March. Combined, Santa Fe sales equal 2341 (up 25.7%) in March and 5799 (up 20.6%) year-to-date.
** Mini’s Canadian sales data doesn’t separate the different Cooper versions, which now includes the Paceman.
*** Total Genesis volume was up 5.7% to 276 in March; down 10.1% to 535 in the first quarter.
^ XC70/C70 rankings were adjusted when final numbers were made available on 04.16.2013
^^ Total Prius Family sales fell 34.7% to 678 in March; 10.9% to 1556 in the first quarter.