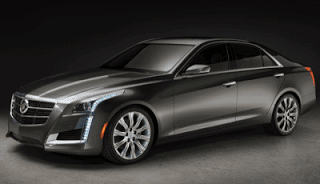 Historically, GoodCarBadCar has listed the best-selling premium brand vehicles in America in this space. Premium brands, however, are increasingly participating in low-priced categories, while mainstream brands are equipping (and sometimes pricing) their vehicles in lofty fashion.

So we began showcasing only the vehicles with base prices above $45,000. There are inherent problems with picking a specific price point – it specifically excludes vehicles which would typically sell for more than $45K, for example.

This month, and going forward, we’re using both formats. First, check out the 15 best-selling vehicles which come from established premium brands… and Buick. Second, the $45,000+ vehicles are showcased near the bottom of this post.

As always, you can find historical monthly and yearly sales figures for any of these vehicles by selecting a make and model at GCBC’s Sales Stats page. More than two dozen best-selling luxury vehicle lists can be clicked through here.

Source: Manufacturers & ANDC
Red font indicates year-over-year declining sales
$45,000 USD (before delivery) is an arbitrary borderline, but if GCBC was to follow this system of designating only expensive vehicles as luxury vehicles, adding approximately $15,000 to the average new car transaction price seemed like a fitting place to begin. Plenty of less expensive vehicles with specific models feature prices above $45,000 – M, RS, and AMG models come to mind, specifically – but in the case of the second list, we know that none of the registrations were of cars priced at $32,550, as would be the case with the new BMW 320i, which costs less than a Honda Accord V6 Touring. The biggest problem with a $45,000 minimum price of entry? Cars like the Cadillac XTS, which starts at $44,075, and SUVs like the $44,655 GMC Yukon XL.