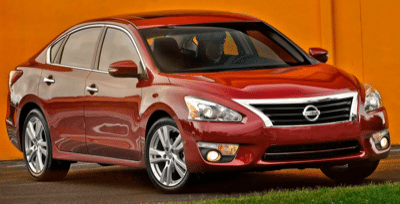 The Toyota Camry narrowly missed out on ending yet another month as America’s best-selling car. With a hundred-unit advantage, the Nissan Altima stole the crown the Camry typically wears. Both cars posted year-over-year declines, however, on monthly and quarterly terms.

The third-ranked Honda Accord was up 36% but trailed the Altima by 1259 sales. Along with the Accord’s, big improvements were reported by the Hyundai Elantra and Dodge Avenger.

Meanwhile, more than half the nameplates on this list of America’s 20 best-selling cars failed to sell as often as they did a year ago. March 2013 was a big month for U.S. auto sales, as many automakers posted best ever months for their respective brands or for individual models. But year-over-year, the gains made by the industry weren’t huge. And much of the improvement was created by pickup trucks. Consequently, even cars like the wildly popular Camry posted decreases.

The overarching mood is pleasant, nevertheless. America’s most closely watched industry – so we like to say – is steadily improving. Incentives are down, yet sales are up. New products are arriving at a good clip. Cars are more reliable than ever, better equipped, and in many cases, they’re an awful lot more efficient, too.

As always, you can find historical monthly and yearly sales figures for any of these vehicles by making a selection at GCBC’s Sales Stats page. Links to key best seller lists are clickable at the bottom of this post. You can also select from hundreds of other popularity contests at GCBC’s Best Sellers page.

These were America’s 20 best-selling cars in March 2013, from the top-ranked Nissan Altima to the Mazda 3-pipping Kia Soul.