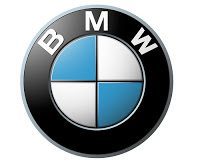 Yes, Lexus sales were better last month than they were in February of 2009. The problem? Lexus sales in February of 2009 were way down from the 21,277 of February ’08. In other words, Lexus’ improvement in 2010 is an improvement on terrible totals. You could almost say that Lexus sales fell simply because the recovering economy should result in vastly improved Sales Stats. Because Lexus sales didn’t grow appropriately (thank Toyota recall turmoil for that), BMW and Mercedes-Benz have been able to use their growth in sales to overcome Lexus’ stronghold on the top of the luxury car sales podium.
BMW, more specifically, deserves praise. It is the German Ultimate Driving Machine builder which watched as sales of the BMW X3, BMW X5, and BMW X6 shoot through the roof; 72.7% higher than in the same period of last year. The one automaker not seen in the Top 10 below? That’d be Porsche. Sales at Porsche were basically level at 1,531. Porsche Boxster/Cayman sales tumbled. Porsche 911 sales took a fall. Obviously, the Porsche Panamera total (409) has no prior year with which to compare. Porsche Cayenne sales went from 444 to 599. 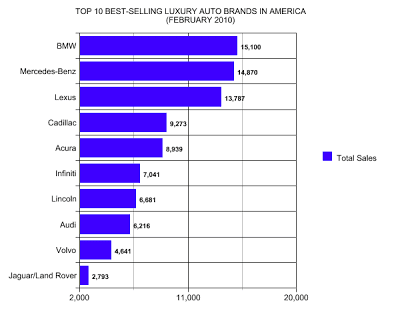