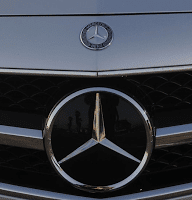 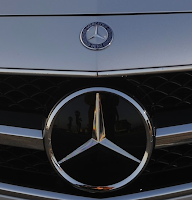 7.8% of all luxury vehicles sold in Canada last month were one variant or another of the BMW 3-Series, Canada’s 18th-most-popular car. Just about four in every ten BMWs sold in February were 3-Series sedans, coupes, convertibles, or wagons.

Canada’s #3 luxury automaker in February 2011 was Audi. Sales increased by 39.1% as luxury market share climbed to 13.3%. For perspective on all this, Ford alone out-sold all luxury brands in February, despite the Blue Oval’s 10% year-over-year sales decline. In fact, Dodge out-sold the whole luxury market by 3467 units, too. As for the U.S. luxury auto market situation, three automakers out-sold the luxury fleet: Ford, Chevrolet, and Toyota. 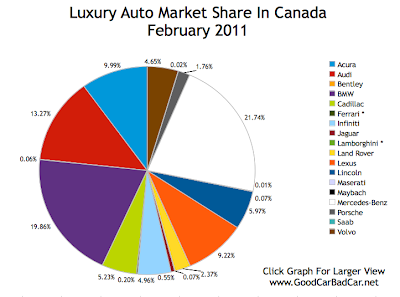