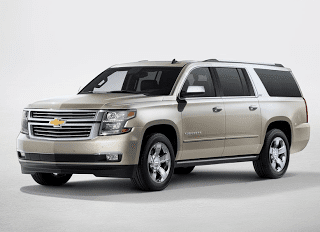 Large SUV sales increased by 14% over the first six months of 2018, in line with the rate of growth across the SUV segment as a whole.

All three of General Motors’ nameplates in the large luxury SUVs sales chart below have increased their totals compared with the first half of 2017, with the GMC Yukon having posted the sharpest increase across the segment.

General Motors products have a 67.2% share of large SUV sales for the year so far, with the Ford Expedition, Nissan Armada and Toyota Sequoia dividing up the remaining third.

Of those three, only the Nissan has grown over the last six months, with a 30.3% uptick in sales for the Armada for the year so far.