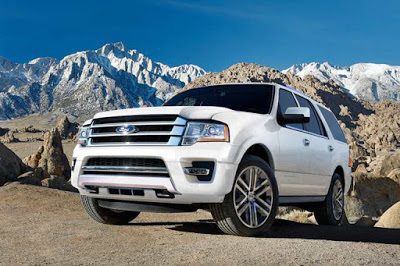 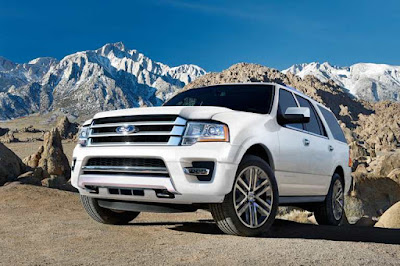 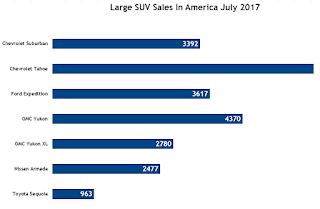 Year-to-date sales of large SUVs remain up on this point in 2016, though that increase is showing signs of eroding after a tough July.

The Chevrolet Suburban dropped below 4,000 sales once again after a mid-year peak in June. At this point in 2016, sales of the Suburban shot above 5k per month and stayed there til years end, peaking with its best month ever at 7,573 sales in December. After July’s figures, it seems a far cry to imagine a similar feat in the coming months.

Meanwhile, Nissan’s success story with its Armada continues, as it sold four times as many units as the same month last year.


You can click any model name in the tables below to find historical monthly and yearly U.S. auto sales data. You can also select a make and model at GCBC’s Sales Stats page. This table is sortable, so you can rank large sport-utility vehicles any which way you like. Mobile users can now thumb across the table for full-width access. Suggestions on how GCBC should break down segments can be passed on through the Contact page.