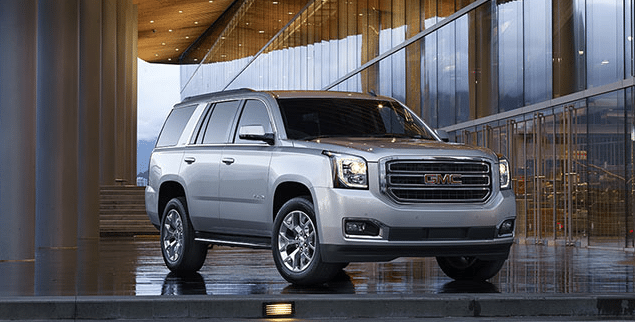 81.9% of the full-size, volume-brand sport-utility vehicles sold in Canada in September 2014 were GM products, Suburbans and Tahoes and Yukons and Yukon XLs. Canadian sales of the quartet jumped 86% as their share of the category grew from 71.1% a year ago.

The Tahoe and Yukon, GM’s two shorter-wheelbase full-size SUVs, were the major players, outselling their respective long-wheelbase siblings by 4-to-1 and 1.9-to-1.