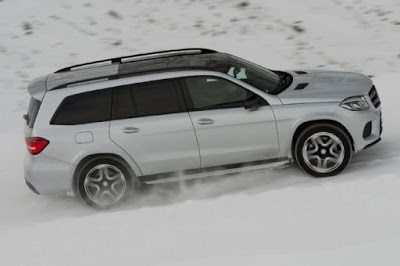 Best Selling Large Luxury SUVs in America for May 2018

The Lincoln Navigator continues to steam ahead and it tops the large luxury SUV sales chart for the USA for May 2018.

Year-to-date, sales of the Navigator have topped last year’s performance by a whopping 85.8%, and last month it more than doubled its figures from the same month in 2017. Ford noted in its sales announcement release that more than 50% of Navigator buyers are switching from other brands, which go some way towards explaining the drops in sales for other in the segment.

Most interesting will be how the Navigator fares against the Cadillac Escalande, when GM reports its figures for the quarter at the beginning of July.

The Alabama-built Mercedes-Benz GLS-Class has seen sales cut by almost a third through 2018 compared to where it sat this time last year. For the 2017 model year a range of updates were introduced for the big Merc’, but hype around this seems to have petered out as in May its sales went in the opposite direction growth-wise compared with some of Mercedes-Benz’s smaller luxury SUVs.