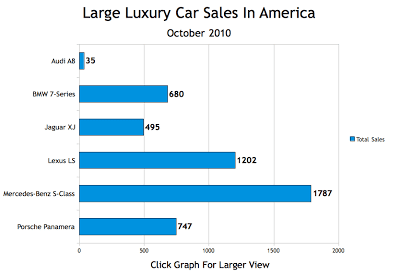 Good for Jaguar for continuing to sell the new XJ in greater numbers than the old XJ, but the point of Sales Stats charts like this one is perspective. The strange thing is, Jaguar is a small company doing semi-alright in a lucrative segment. Audi, on the other hand, plans to be the biggest luxury automaker of them all in a few years but can’t force Americans to buy their biggest sedan.