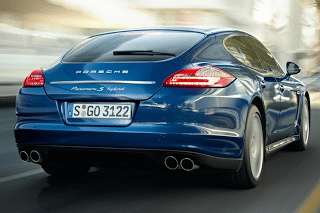 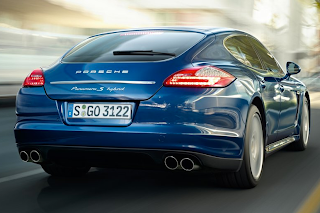 Had it eclipsed the Mercedes-Benz S-Class/CL-Class tandem in February 2011, the Porsche Panamera would have been the best-selling large luxury car in Canada. If onlys don’t normally matter, but this Panamera instance is a shocker if only because of the cars Porsche out-sold in February: BMW’s 7-Series, the new Audi A8, and the fresh Jaguar XJ. Moreover, it wasn’t as though Porsche gained a narrow victory over these cars. The Panamera was twice as successful as the A8 in February. Also, as mentioned, Mercedes-Benz Canada offers up figures for the S-Class with the CL in tow. Safely assuming that Mercedes-Benz doesn’t sell a lot of CLs per month in Canada, the S-Class still has a partner; the Porsche Panamera does not.

Range Rover sales are now off 22.6% through the first two months of 2011. Lexus LX570 sales dropped 33.3% in February and are down 40.5% in 2011. Land Cruiser sales have been chopped in half from 2010 levels. Cadillac Escalade sales dropped 17.7% in February. After 191 Escalade buyers were found through two months of 2010, only 164 have been found in the same period of 2011. Infiniti QX56 sales have taken off, up 282% in February and 228% on the year for a fairly respectable 82 sales so far. Given the size of the overall market, Infiniti’s ability to sell this much large product is impressive. Infiniti has no large luxury car alternative for QX56 buyers. 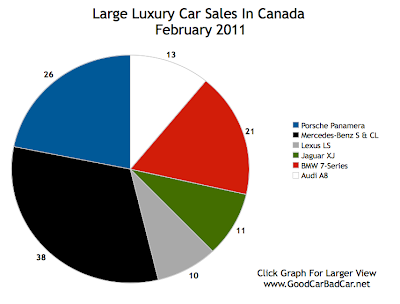 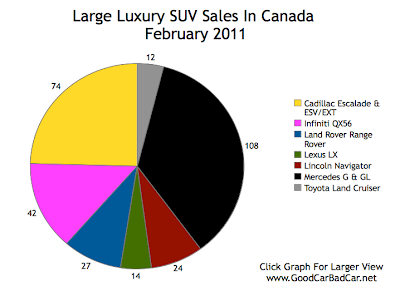