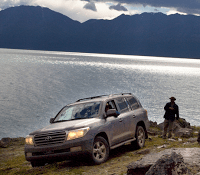 Audi was pleased to inform the public that the new A8 vastly outperformed the old A8 after sales jumped 220% in November. The large luxury car market in Canada is much smaller, however. So Audi Canada is pleased to report 17 sales, not the 333 Audi USA posted, but Audi Canada’s figure is still up 325% on November 2009. Not bad.

Unfortunately, the A8 remains a niche player in a niche segment. Between the Audi and its five main rivals, the A8 only grabbed 6% of the market. The BMW 7-Series held 35% in November; the Mercedes-Bens S-Class another 33%.

Among the largest of luxury SUVs, Mercedes-Benz is top tier as well. Once deemed unbeatable, the Cadillac Escalade trio (regular, EXT, and ESV) fell 53 sales short of the GL-Class and G-Wagen’s combined efforts in November. Not officially marketed in Canada, the Toyota Land Cruiser found ten new owners last month, almost as many as its uber-luxury Lexus partner, the LX570. On a separate note, the large luxury SUV segment was 180-units stronger than the large luxury car segment in November in Canada. 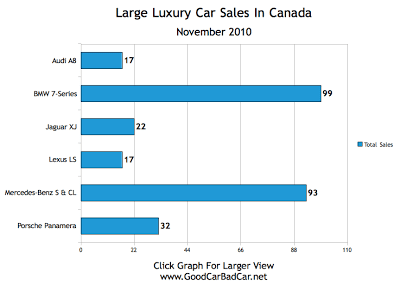 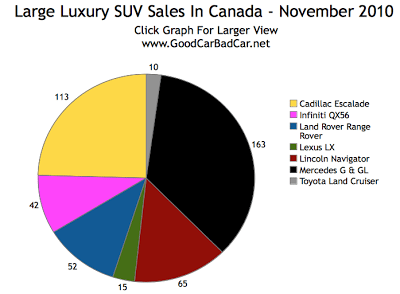