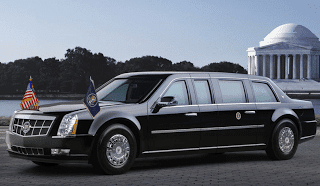 4294 luxury limos were sold in America in April. Nearly 14%% of them were Porsches. Confused reader say whaaa?

Ok, so the Porsche Panamera isn’t exactly a traditional limo. But it is a direct rival for upper echelon sedans. Panamera sales actually dropped 81 units to 597 in April 2011. Is that because, like Clarkson, Hammond, and May, more and more consumers are realizing they must avert their eyes? Or is this just one of those months which proves there is little selling consistency when a company is marketing gigantic hatchbacks with prices ranging from $74,400 to $173,200? Yeah, it’s probably that.

Speaking of a lack of consistency, last month’s best-selling large luxury car, the BMW 7-Series, suffered a 51.1% year-over-year decline and landed a spot on America’s 10 Worst-Selling Cars list. It was the Mercedes-Benz S-Class’s month to shine as sales of the big Benz brute rose 7.9% and its market share in the segment climbed to more than a quarter.

While we await a production version of the stunning Cadillac XTS Platinum Concept, Cadillac is content to sell 1906 DTS sedans per month and form 27.7% of the Large Luxury SUV category, as seen below. You can also see part of the Escalade’s 1733 sales in the truck chart here. The Escalade’s year-to-date lead over the Mercedes-Benz GL-Class currently stands at 1610 sales. 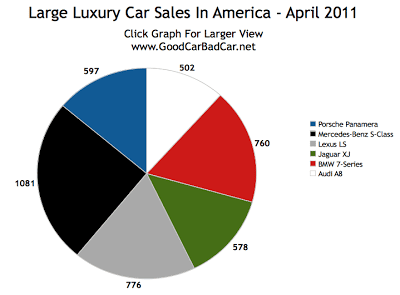 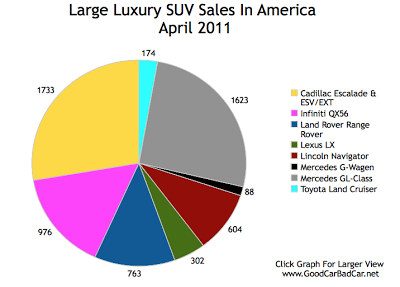