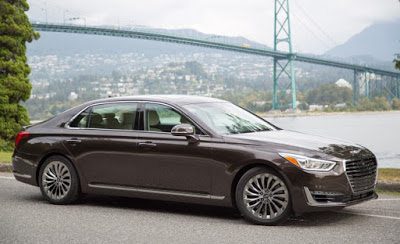 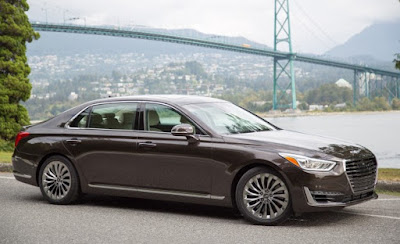 The BMW 7-Series was in the middle of a run of strong months this time last year. August 2017 is a completely different story, with the luxury German limo and its sleek stablemate the 6-Series both seeing major drops year-on-year.

The Porsche Panamera is struggling to carry the Large Luxury Car segment in the US at the moment, with a 36.3% increase in sales of the big Porsche in the first eight months of the year mitigating the effects of what has been a tough year for the segment. Between it and the addition of the Genesis G90 sales of Large Luxury Cars manage to be just 11.4% behind the total to date this time last year, as the majority of models listed are around a quarter worse off than in 2016.

The G90 has done extraordinaly well for brand owners Hyundai since its introduction in the last quarter of 2016. To date, it’s sold more than the Lexus LS or the Audi A8, making serious waves against the much-longer established competition.

GCBC isn’t here to break down segments, an impossible task for any group, but to display sales data for the sake of comparison. The BMW 6-Series is listed here as it now features a “mainstream” sedan bodystyle in addition to its two-door variants, just like the larger S-Class. You can always find the sales results for EVERY vehicle and form your own competitive sets by using the All Vehicle Rankings posts. Sales data for brands such as Aston Martin, Ferrari, Lamborghini, Lotus, Rolls-Royce etc. are unfortunately not broken down by model. estimates say sales for those brands in 57, 195, 88, 3 and 110, respectively.