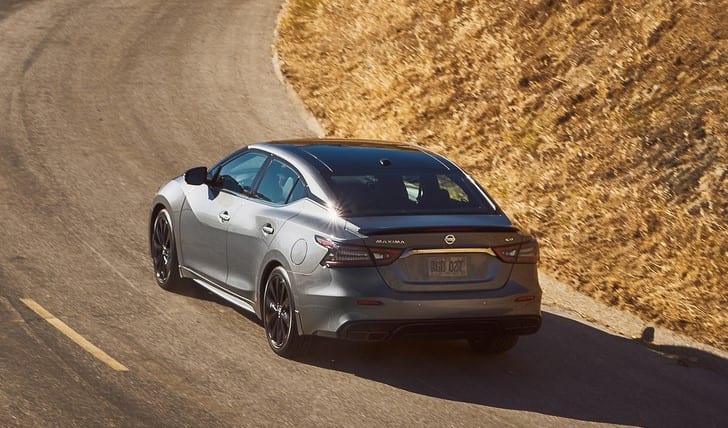 The 2019 Nissan Maxima’s aggressive, updated exterior appearance was created by Nissan Design America in La Jolla, Calif. and features a more voluminous front grille with a deeper V-motion flow that carries into the hood and down the body to the redesigned rear tail lamps and rear fascia.

Here you will find the Large car sales leaders in the United States for February 2019. Each month we compile the Large car model sales data and reports for North American markets and analyze it to create the best selling list below.

Large Car sales didn’t look too great in February of 2019. Almost all cars on sale saw a sales decline, though it’s worth noting that Ford and General Motors both are not represented here as they report quarterly.

With that said, the highest seller for February was the Dodge Charger. However, it, like most of the other cars in the segment, saw a double-digit percentage decline.

The only car that saw a sales increase was the Kia K900, but considering that it only saw an increase of four units it’s not very significant. Overall, the segment saw 5,500 fewer sales than this time last year.

The Kia K900 was also the only car that has seen a sales increase YTD, too. The Large Car segment doesn’t look to be off to a great start for the year.

This sales table shows the top Large car sales performers in the United States, including their year on year growth rates both for the most recent month and year to date figures. Note that this table is sortable and that it fees the chart below. You can easily change the chart by filtering and sorting the below table.