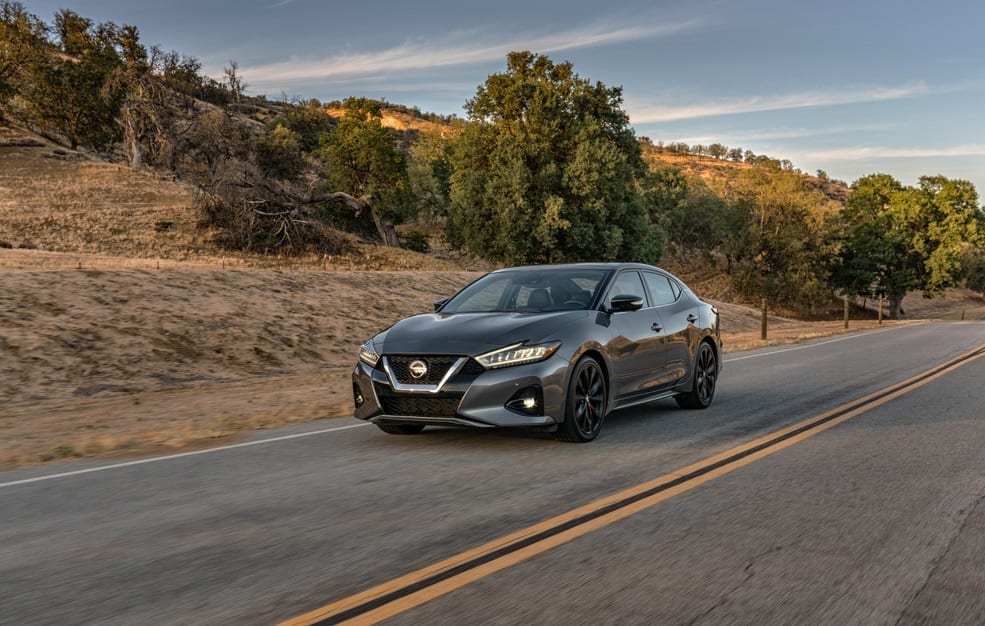 The 2019 Nissan Maxima’s aggressive, updated exterior appearance was created by Nissan Design America in La Jolla, Calif. and features a more voluminous front grille with a deeper V-motion flow that carries into the hood and down the body to the redesigned rear tail lamps and rear fascia.

The fact that large car sales in America continued to decline in April of 2019 will not come as much of a shock to anyone. Automakers are putting their time and effort into crossovers and SUVs because that’s where the money is. The large car is dying a slow and public death.

The segment as a whole was down roughly 3,800 units. Of the models represented here (without Ford and GM’s cars due to quarterly reporting), only the Kia K900 saw an increase in sales. That increase was slight, and volume for that particular car remains low.

The sales leader in terms of volume was the Dodge Charger, though the aging model saw sales slip by about 8 percent when compared to this month last year.

YTD numbers look to be similar to the monthly ones. So far this year, there have been about 18,000 fewer sales than this time last year. This suggests that the vehicle type will continue to see declines as the year moves forward.