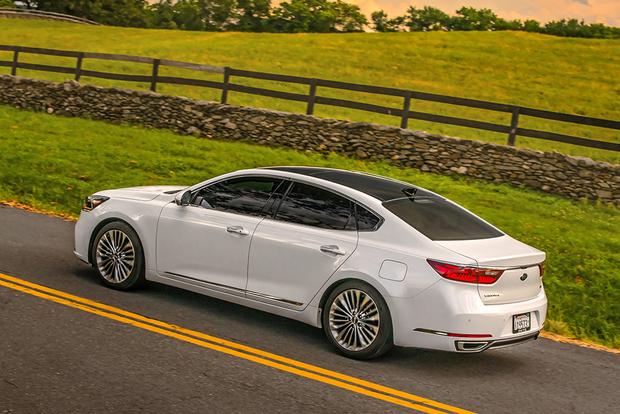 Here you will find the Large car sales leaders in the United States for February 2018. Each month we compile the Large car model sales data and reports for North American markets and analyze it to create the best selling list below.

February’s sales figures report the large car market in the USA has having declined 16.3% year-on-year, with the market as a whole 14.9% behind the volume to the end of last February.

Passenger car sales declined at an increased rate over the US vehicle market on the whole, with full-size volume sedans’ growth outstripping both all vehicles (down 2.4%) and all passenger cars (down 12.2%) in February.

Strong growth for three nameplates in the lower-middle ground of our sales chart – the Toyota Avalon (up 16%), the Buick LaCrosse (up 47.6%) and the Kia Cadenza (fastest growing at 75.4% year-on-year growth) was not enough to bring back the heavy losses in the top half.

While the Dodge Charger recovered from January’s slump to go 9.2% up on last February’s sales (despite an 8% decline overall for the Dodge brand), the slide back for other high-volume nameplates far outweighed its gains.

The Chevrolet Impala saw the greatest decline for an individual nameplate in this segment by volume, with almost 4000 fewer Impalas leaving showrooms this February than last.