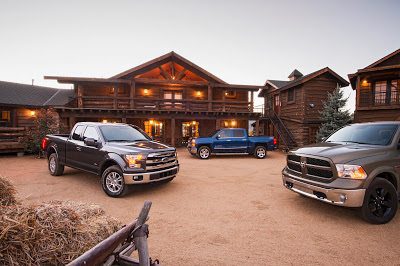 A07 Auto Stats·
All Vehicle Rankings 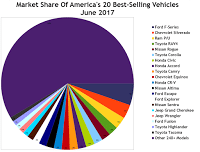 At the top of the table, three pickups from the three big US automakers remain, with no signs of change. All of the top 5 slots are taken up by SUVs, pickups or crossovers, with the Toyota Corolla, now in its eleventh generation, making the first entry for a compact car.

Further down the table, rivals to the dominant Nissan Rogue crossover see jumps in their sales figures in what was a strong month for the crossover segment, but still none come close to knocking it off the top spot in the segment.

In the premium end of things, Maserati’s Levante appeared to take sales from the Italian brand’s Ghibli saloon, in a trend which apes that at Jaguar and Bentley.

Toyota moved 3 times as many hydrogen-powered Mirais as this time last year, perhaps showing an increase in confidence in the fueling infrastructure for hydrogen powered vehicles.

The recently-launched seventh-generation BMW 5-Series on the other hand sees sales down on the previous model’s performance last year.

Reminder: these are 2017 year-to-date rankings, but you can sort vehicles by March volume by clicking the March 2017 column header, or you can rank vehicles by improvements or declines using the % columns. Or, most importantly, you can list automakers together by selecting the Vehicle column header.