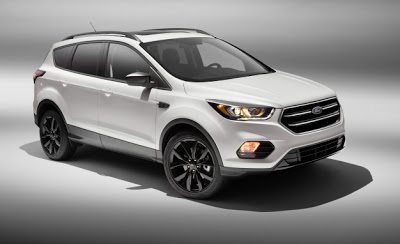 A07 Auto Stats·
All SUV Rankings

Despite ongoing strong sales, the Ford Escape is usurped by Toyota’s Rav4 for the top spot, as the Japanese soft-roader becomes the biggest selling SUV in Canada to date in 2017.
Canada Vehicle Sales Rankings By Model – June 2017 YTD
Canada Car Sales Rankings By Model – June 2017 YTD
The Ford Edge also drops down the rankings, and now hovers on the edge of the top 10 amidst lower sales when compared with this time in 2016.
Buick’s Encore continues the brand’s resurgence, selling 31.8% more than it did in June 2016, and posting impressive improvements to its year to date stats for June 2017 too.
Canada SUV/Crossover Sales By Model – May 2017 YTD
Canada SUV/Crossover Sales By Model – June 2016 YTD
The recently-released Volkswagen Atlas gets off to a blinding start, rocketing to number 6 in the SUV / Crossover breakdown for June 2017 in Canada in only its second month on sale.
Canada Auto Sales By Brand – June 2017 YTD
Reminder: these are 2017 year-to-date rankings, but you can sort vehicles by June 2017 volume by clicking the February 2017 column header, or you can rank vehicles by improvements or declines using the % columns.

Click Column Headers To Sort • May 2017 • June 2016
Source: Automakers & Global Automakers Of Canada & ANDC
* Italicized unranked lines are nothing more than available breakdowns, already included in the model’s total, not in addition to the model’s total.