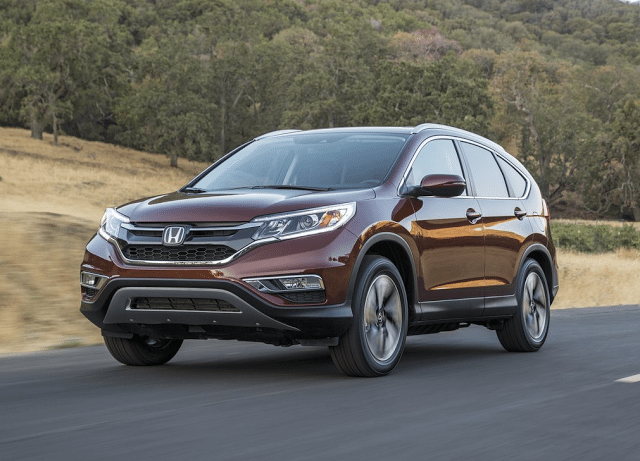 Canada Day delayed the release of Canadian auto sales figures by 24 hours, but as automakers reported their numbers to GCBC throughout the day, we quickly saw that June was once again a healthy month.

Subtract Ford’s sharp losses from the equation and the majority of the market appeared rather well off, indeed. Rather than the modest 1.2% increase of the overall industry, non-Ford Canada sales were up 4.2%. Ford was especially hard hit by a 16% F-Series truck sales decline, a follow-up to May’s 17% drop.

Auto sales had increased 3% through the first five months of 2015, which set the market on pace for a third consecutive year of record sales. Just under 200,000 new vehicles were sold during the month of May. Traditionally, June sales fall off sharply from the May high. In 2014, for instance, June auto sales volume was 10% lower than May’s.

As for this June, sales were an identical 10% lower than May, just as was the case one year ago. Relative to the season, however, June 2015 was exceptional, a fourth consecutive June in which auto sales increased in Canada. Sales last month were 10% higher than the June average from the prior seven years.

Through the first-half of 2015, auto sales in Canada are up 3%, an increase which translates to approximately 24,000 extra sales compared with the first six months of 2014. Much of the increase has been generated by premium brands. Mercedes-Benz, BMW, and Audi, for instance, have produced 7549 more sales over the first six months of 2015 than during the same period a year ago. Volkswagen’s market share, meanwhile, has grown by more than half-a-percentage point, year-to-date.

Don’t like to see automakers arranged alphabetically? Click column headers to sort automakers by June sales, year-over-year change, year-to-date totals, or any other order. Best seller lists for cars, trucks, and SUVs should be added later today. In the coming days, GCBC will also publish a complete list of first-half sales for every single vehicle line, a list which includes brand results. To find out what you can expect, you can see the May version of that post here. You can always find historical monthly and yearly sales figures for any brand by clicking the brand name in the table below or by selecting a make (or model) at GCBC’s Sales Stats page.

Source: Automakers, Desrosiers, Global Automakers Of Canada & ANDC
Red font indicates declining year-over-year volume
* Does not include Lamborghini or Bentley
^ Excluding Sprinter: up 14.7% to 3671 in June; up 19% to 19,470 YTD.

Honda Canada produced an overall 2% gain despite a slight loss at the namesake Honda brand. Sales of the Civic slid 7%, but at 6030 units, it continues to be all-important to Honda Canada. Both Nissan and Nissan’s Infiniti brands saw their sales rise in June. At the Nissan brand, specifically, car volume plunged 21% but the brand’s “light trucks” were up 52%.

Disastrous results from both Hyundai and Kia continue a worrying trend that sees the company’s limited somewhat by capacity and thus unable to match the growth – or grow at all – in North America. Mazda’s disappointing results through the first five months of 2015 ground to a halt with a 7% increase in June. The top-selling luxury brand in Canada, Mercedes-Benz, sold more than 4000 new vehicles in a fourth consecutive month.

Porsche Canada produced yet another all-time monthly sales record, bursting past the 700-unit mark thanks to big boosts from the Cayenne and Macan, which accounted for 72% of the brand’s June 2015 sales volume. Volkswagen, Porsche’s parent company, posted 4% gains with nearly seven out of every ten sales coming from the Jetta and Golf. Subaru set a June record with 4332 sales, 49% of which were produced by the rising Forester and surging Outback. Mitsubishi recorded a 12% improvement in June 2015, the second consecutive month in which Mitsubishi increased sales on a year-over-year basis in what’s been a difficult year.