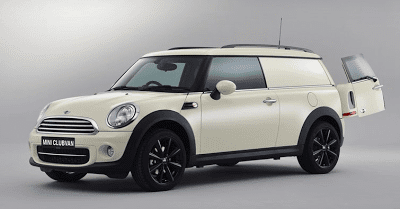 Those two models – the Coupe and Roadster – found 252 and 224 buyers in June, respectively. Together, these fifth and sixth Mini versions accounted for 8% of Mini’s January-June U.S. volume through six months. 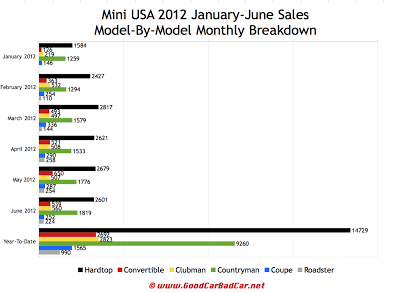 Countryman sales continue to rise, up 28% in June 2012 and 14% year-to-date. It’s a good thing, as the Coupe and Roadster add little to Mini’s total and Cooper/Cooper S Hardtop and Clubman/Clubman S sales are in decline. Sales of the core Mini, the Cooper Hardtop, are down 2.5% this year. The Clubman, Mini’s third-best-selling model, is down 29%. The Hardtop is still responsible for seducing 46% of Mini buyers. At this point last year, the core Mini had found 15,105 buyers, or 51% of Mini’s U.S. volume.

The above chart can be clicked for a larger view. It shows the monthly and year-to-date Mini output for each of the company’s six models. Click here for historical monthly and yearly non-Countryman Mini sales and here for Countryman volume. July’s Mini USA sales chart is here. June 2013’s is here.