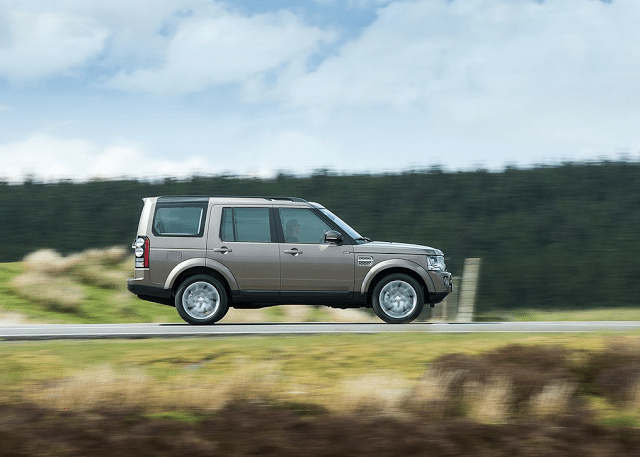 After a first-half in which Canadian sales of SUVs and crossovers grew by 9% year-over-year, July 2015 sales of the same vehicles jumped 15%, a gain of more than 8500 sales compared with July 2014.
This massive surge, a continuation of June’s 16% leap forward, occurred despite a 28% loss posted by Canada’s top-selling utility vehicle, the Ford Escape.
Subtract the Escape from the equation and Canadian SUV/CUV sales would have jumped by 20% in July 2015. Then again, Canadian SUV/CUV sales would also have been 6% lower than they actually were.

Overcoming the losses posted by the Escape and a handful of other top sellers – Journey, Wrangler, Sorento, Tiguan – were big gains from the Nissan Rogue, which came within three sales of ending July as Canada’s favourite utility vehicle for the month, and the Jeep Cherokee, which reported a 78% improvement to record an all-time monthly sales record.

The Cherokee ranks fifth overall through the first seven months of 2015. Overall, Jeeps make up 12% of Canada’s SUV/crossover market.

New candidates did more than add to the category’s total in July. The Honda HR-V and Mazda CX-3 made names for themselves last month, as Canada’s 12th and 17th-best-selling utility vehicles, respectively. True, they’re basically just cars, but the same could be said for the majority of vehicles in this group.

There are a sufficient number of parts and styling elements for Mazda to charge many thousands more for the CX-3 than they could for the 2 on which it’s built. And if consumers will pay, Mazda will build.

Reminder: these are year-to-date rankings, but you can sort vehicles by July 2015 volume by clicking the July 2015 column header, or you can rank vehicles by improvements or declines using the % columns. Or, most importantly, you can list automakers together by selecting the SUV/Crossover column header. At any time, click the Rank column to return to the original format. If you’re on a mobile device, you may need to choose the full version of the site (at the bottom of the page) in order to use the sortable function.

Source: Automakers & Global Automakers Of Canada & ANDC
* Italicized unranked lines are nothing more than available breakdowns, already included in the model’s total, not in addition to the model’s total.
³ Total Santa Fe sales: up 29% to 3452 in July; up 6% to 20,494 YTD.
º Land Cruiser is a commercial vehicle in Canada.
Rather than listing the 500L with the Mini Countryman in these SUV/crossover rankings, it’s with cars in large part because it is not available with all-wheel-drive. The placement of numerous crossovers often prompts disagreement, but consider the vehicle type’s name: crossover. By its very definition, it crosses over from one category into another. The very act of calling, for example, the Toyota Venza a car or a utility vehicle requires ignorance of the fact that the Venza (or Outback, Crosstour, Encore, Countryman, 500L) is a square peg that can’t be squeezed through a round hole.