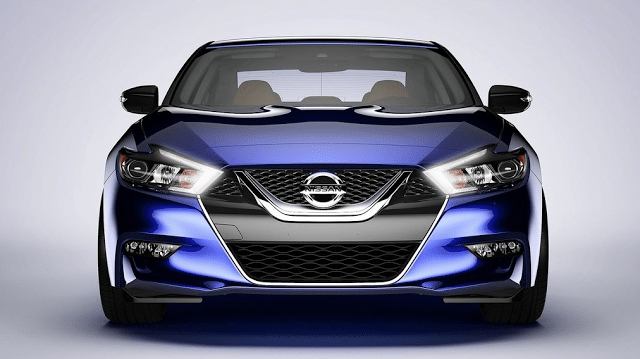 As automobile manufacturers reported their July 2015 and year-to-date U.S. sales figures, it became increasingly clear that July was a better month than anticipated.

Most of the largest manufacturers – GM, Ford MoCo, Fiat Chrysler, American Honda, Nissan USA – were all reporting gains in excess of the 3% rate of improvement forecasted by many experts.

Now, with sales having risen so high between January and July, failing to reach the 17 million mark for the first time since 2001 would seem like grabbing defeat from the jaws of victory. Can the auto market surpass the 17.4 mark set in 2000? To do so, automakers will need to have enough pickup trucks and SUVs to meet demand, as consumers are quickly losing interest in many of the most popular cars.

Fiat Chrysler Automobiles, formerly the Chrysler Group, was up by a more modest 6% as Jeep’s massive gains (to a best-ever July) were offset to some degree by tumbling Fiat and Dodge sales.

Ford Motor Company, builder of the vehicles which make up America’s top-selling brand, posted a 5% increase in July as the F-Series’ decline was suspended, as Ford’s utilities rose 4%, and as Lincoln jumped 21%.

General Motors, the highest-volume manufacturer in America, was up 6% in July despite a 7% drop at Cadillac and a modest 1% uptick at GMC. Full-size SUVs had a terrible month at GM, but the company sold 86,051 pickup trucks.

Honda posted a 7% increase with help from the Civic, CR-V, and Odyssey. Acura’s 20% gain was powered by gains from unusual places, too: ILX and RLX sales improved.

The Toyota brand’s car losses were offset by modest gains from the brand’s utility vehucles and a 6% increase in pickup truck volume. Lexus jumped 9% to nearly 30,000 July sales, the highest total among premium brands. Scion was down 6%.

More details after the table.

If you don’t wish to see automakers arranged alphabetically, click column headers to sort automakers by July sales, year-over-year change, year-to-date totals, or any other order. Best seller lists for cars, trucks, and SUVs will be added later this afternoon. In the coming days, GCBC will also publish a complete list of year-to-date sales for every single vehicle line, a list which includes brand results. You can always find historical monthly and yearly sales figures for any brand by clicking the brand name in the table below or by selecting a make (or model) at GCBC’s Sales Stats page.

Nissan was first to report: the company’s overall 8% improvement was created by 7% gains at Nissan and a 22% jump at Infiniti. Hyundai and Kia both posted meaningful increases with assistance from, of all places, some cars: Forte and Sonata sales both improved in July. Crossovers continue to be the true source of growth, of course, but the brands are limited in their lineups.

Audi sales improved for a 55th consecutive month as the brand added 3038 extra units in July 2015, year over year. Volkswagen, Audi’s parent brand, was up 2.4% thanks toa  near tripling of Golf volume and a 4% increase from the Jetta sedan. Tiguan and Touareg sales were up, too. At Porsche, the top-selling model was not the Cayenne, but rather the Macan. The pair accounted for 64% of Porsche’s U.S. volume last month.

Subaru sold more than 50,000 vehicles in July, the first 50K+ month for Subaru since August of last year. The Forester, Outback, and XV Crosstrek accounted for seven out of every ten U.S. Subaru sales last month. At Mitsubishi, sales increased for a 17th consecutive month thanks largely to, you guessed it, crossover increases. Mazda, another small Japanese automaker, suffered a 7% decline in July as the brand began selling the new MX-5 Miata.

Overall BMW Group volume was down 0.2% in July 2015, a marginal drop caused largely by the Mini brand, which tumbled 11% despite their bevy of new product. Volvo sold 1176 copies of the new XC90 in July 2015, boosting the brand’s total volume by 796 units on its own as total Volvo volume increased 725 units. Mercedes-Benz’s modest 1% increase would have been more substantial were it not for the GLK’s 40% drop as we approach the GLC’s launch and 26% declines from the E-Class and S-Class. Jaguar-Land Rover volume was up 7% to more than 6200 units as the Jaguar brand posted just its second year-over-year improvement in 2015.