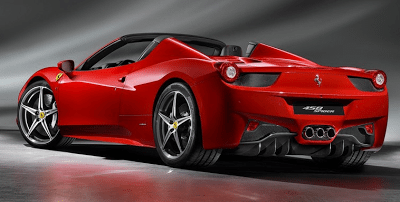 Automobile manufacturers will be revealing their August 2011 sales data tomorrow. With that in mind, here are the most important facts you need to know from GoodCarBadCar.net’s rundown of July 2011’s auto sales data as we head prepare for tomorrow’s reports.

In America, Ford ended the first seven months of 2011 with a 149,961-unit lead over Chevrolet, its nearest rival. Toyota was down 6.2% year-to-date (down 22.8% in July) while July’s fifth-ranked brand, Honda, was down 28.5% and 2.4% year-to-date. Through July, America’s best-selling premium brand was Mercedes-Benz, but July was in fact BMW’s month as the Munich-based brand beat the Stuttgart-based brand by 671 vehicles. The U.S. Auto Sales By Brand post for July is here.

The Chevrolet Camaro out-sold the Ford Mustang. Though sales fell 22.9% the Toyota Camry was the best-selling car in the United States in July. The Ford Escape was the best-selling SUV in America; 60% of the 10 top-selling SUVs were built by the Detroit Three. As the best-selling truck in America the Ford F-Series topped combined Chevrolet Silverado/GMC Sierra sales by 3387. 20.3% of all new vehicle sales in July occurred in General Motors showrooms. America’s worst-selling vehicle was either the Acura ZDX, Mazda RX-8, or Lexus LFA, depending how you look at it. The BMW 3-Series was easily the most popular premium car in July. 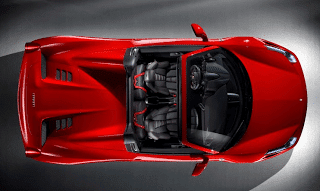 Meanwhile, Ford continued to be the top selling brand in Canada. The Blue Oval’s year-to-date lead over Dodge/Ram expanded to 56,335 units. As in the United States, BMW beat Mercedes-Benz in July but still ended the month behind on year-to-date terms. Ford/Lincoln and Chrysler Canada both held greater market share than General Motors in July.

For the fifth time in 2011 the Hyundai Elantra was the best-selling car in Canada. Ford Escape sales were down 6.1% but the antiquated Ford manhandled the much-improved Dodge Journey, beating it by 1200 sales. Canada’s seven best-selling trucks, including the top-ranked Ford F-Series, all suffered year-over-year sales declines in July.

Canada’s 20 most popular vehicles grabbed just under half of all new vehicle sales last month. Although BMW, Mercedes-Benz, and Audi held the top three spots among premium brands, restoration began for Japan’s three luxury automakers. BMW’s 3-Series was the best-selling luxury vehicle; the best-selling luxury utility vehicle was the Mercedes-Benz GLK, sales of which fell by three units. Depending on your angle, July’s worst-selling vehicle in Canada was either the Acura RL, Honda Insight, or Kia Borrego.

Check out August 2010’s U.S. auto sales data here; August 2010’s Canadian sales stats here. Now you can consider yourself ready to drink in August’s data. You’re now asking why there are pictures of the Ferrari 458 Spider all over this post. You should be asking, “Why aren’t there always pictures of the Ferrari 458 Spider plastered all over GoodCarBadCar?”