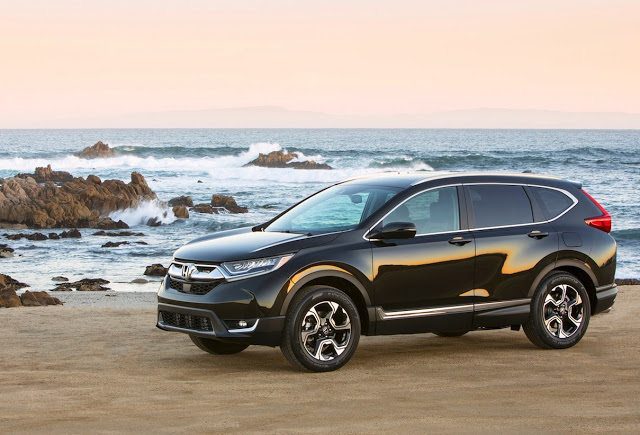 Ford’s F-Series share of the overall new vehicle market northward to 5.1% in January 2017 as auto sales slid 2%, year-over-year, and F-Series volume jumped 13%. “Only” 4.5% of the new vehicles sold in the United States in January 2016 were Ford pickup trucks.

With passenger cars down 13% in January and minivans plunging 21%, it was down to pickups and utility vehicles to pick up the slack.

The F-Series was not the only light truck to do so. SUVs/crossovers outsold passenger cars by a 17% margin in January, a sharp turnaround from January 2016 when cars outsold SUVs/crossovers by a 9% margin. Led by the all-new Honda CR-V and a surging Nissan Rogue, utility vehicle sales jumped 10% to form 43% of the overall market.

This will be a key theme in 2017. As automakers continue to bring all-new cars (Volvo V90) to market and replace powerful nameplates (Toyota Camry), car volume will fade relative to 2016. Utility vehicle volume will steadily grow, as replacements like the new Honda CR-V are joined by new vehicles such as the Audi Q8.

The table below is completely sortable, so when you click the column header to sort by vehicle names to showcase all Mazdas together, for example, you’ll also see the Mazda brand’s total.

Source: Automakers & ANDC & WSJ
* Italicized, asterisked, unranked lines are nothing more than available breakdowns, already included in the model’s total, not in addition to the model’s total.
² Total Prius Family sales: down 16% to 7829.
³ Hyundai USA combines sales of the Genesis and Genesis Coupe. Mercedes-Benz USA, not GCBC, is also intermittently combining E-Class and CLS-Class sales figures and Sprinter and Metris vans.
° Overall market figure is a combination of all reported sales figures and HybridCars.com  estimate for Tesla.
` FCA figures in this space include Alfa Romeo, Chrysler, Dodge, Ferrari, Fiat, Jeep, Maserati, and Ram.
† Tesla figures are estimates from HybridCars.com.
Sales data for brands such as Aston Martin, Ferrari, Lamborghini, Lotus, Rolls-Royce etc. are unfortunately not broken down by model. estimates say sales for Aston Martin and Lotus in 2017’s first month were 87 and 15 units, respectively.
Tesla, unfortunately, doesn’t release model-specific monthly U.S. sales data, but we source estimates from HybridCars.com and The Wall Street Journal.
HybridCars.com Model S sales estimate: down 8% to 1200.
HybridCars.com Model X estimate: up 150% to 1000.
WSJ Model S estimate: up 3% to 1900.
WSJ Model X estimate: up 500% to 2100.