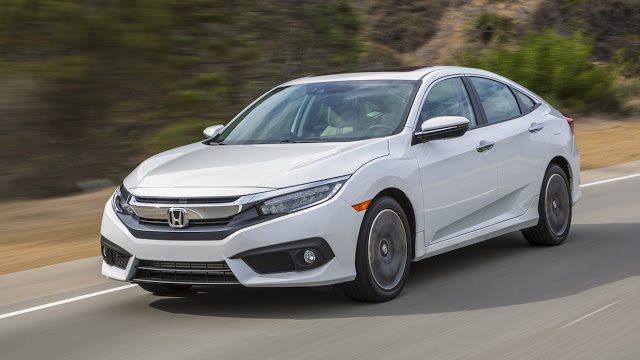 January 2017 hosted the arrival of a number of new cars to be U.S. market.

The Volvo V90 Cross Country and Kia Niro generated their first U.S. sales in January, which was also the Chevrolet Bolt’s first month of availability.

You could argue – and you will – whether the V90 Cross Country should be placed with SUVs and crossovers. There’ll be a V90 sans Cross Country to not argue about shortly. GM and Kia would also lead you to believe that the Bolt and Niro are deserving of crossover consideration. Neither front-wheel-drive vehicle even offers an all-wheel-drive option.

The sharpest passenger car declines among continuing volume vehicles belonged to the Hyundai Sonata (down 48%), Chevrolet Malibu (down 43%), Dodge Challenger and Chevrolet Impala (down 40%), Chevrolet Camaro (down 35%), Ford Mustang (down 33%), and Toyota Avalon (down 30%.

The Ford Focus, Toyota Camry, and Ford Fusion all posted losses of at least 20%, as well.

There were positive outcomes for a number of high-volume cars. The Chevrolet Cruze reported its best month since August. Hyundai Elantra sales increased on a YOY basis for a second consecutive month. The Nissan Versa and Hyundai Accent reported big gains. And the new Subaru Impreza produced positive showroom traffic, with the new sedan/hatch growing 17% to 5105 units.

‘;
document.getElementById(“vinads_div”).innerHTML = lfAd;
}
});
Reminder: these are January 2017 rankings, but you can sort cars by prior year volume by clicking the January 2016 column header, or you can rank cars by improvements or declines using the % columns. Or, most importantly, you can list automakers together by selecting the Car column header.

Source: Automakers & ANDC & WSJ
* Italicized, asterisked, unranked lines are nothing more than available breakdowns, already included in the model’s total, not in addition to the model’s total.
² Total Prius Family sales: down 16% to 7829.
³ Hyundai USA combines sales of the Genesis and Genesis Coupe. Mercedes-Benz USA, not GCBC, is also intermittently combining E-Class and CLS-Class sales figures.
° Overall market figure is a combination of all reported sales figures.
† Tesla figures are estimates from HybridCars.com.
Sales data for brands such as Aston Martin, Ferrari, Lamborghini, Lotus, Rolls-Royce etc. are unfortunately not broken down by model. estimates say sales for Aston Martin and Lotus in 2017’s first month were 87 and 15 units, respectively.
Tesla, unfortunately, doesn’t release model-specific monthly U.S. sales data, but we source estimates from HybridCars.com and The Wall Street Journal.
HybridCars.com Model S sales estimate: down 8% to 1200.
WSJ Model S estimate: up 3% to 1900.