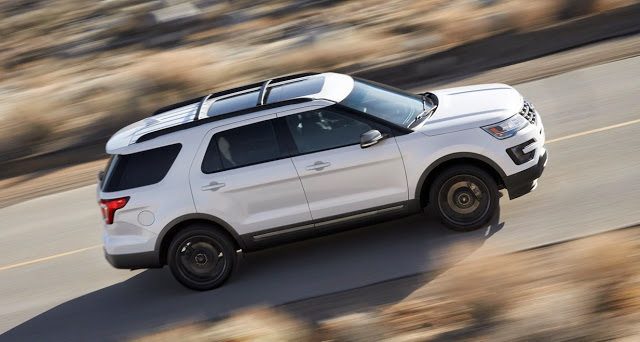 The Explorer, on sale in its current fifth-gen form since late 2010, dipped slightly from 2015 levels – when volume rose to an 11-year high – in 2016, but sales have now grown in three consecutive months.

We’ve adjusted the way we display midsize SUVs and crossovers to bring the Subaru Outback – a true tall wagon – and the Jeep Wrangler – the majority of which aren’t two-door models – into the mix. With the Honda Crosstour, Nissan Xterra, Toyota Venza, and Toyota FJ Cruiser dead, they’re no longer pictured at the bottom of this post. Is it a perfect formula? No, it’s unlikely that a two-door Jeep Wrangler is routinely cross-shopped with a Toyota Highlander.