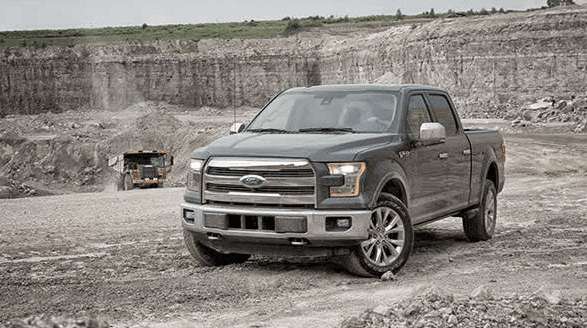 Canadian auto sales jumped 10% to a 15-year January high last month. 2016 began with big boosts from Canada’s five best-selling nameplates, a quintet which accounts for nearly a quarter of all new vehicle sales in Canada.
The Ford F-Series’ downturn in 2015 was followed up by the best January in the nameplate’s history. Honda Civic sales jumped 62%. Earlier this month, we wrote for Autofocus.ca about the large margins of victory scored by Canada’s best-selling truck and best-selling car. These are the kinds of margins which almost make the F-Series’ 51st consecutive year atop the truck leaderboard and the Civic’s 19th consecutive year as Canada’s best-selling car foregone conclusions.

The duo generated more than one out of every ten new vehicle sales in January, the lowest-volume month on the auto sales calendar. The F-Series gain helped propel Ford to a 13% year-over-year increase. Honda sales rose 37%, the biggest year-over-year gain of any volume brand.

There were plenty of signs in January’s results that the market continues to transition away from cars toward utility vehicles, despite the Civic’s surge. Passenger car volume was down 3.5%; SUV/crossover sales jumped 22%. As a result, utility vehicle volume totalled nearly 43,000 units in Canada in January, equal to 39.5% of the market. Car sales totalled less than 34,000 units, less than 31% of the market.

Reminder: these are year-to-date sales rankings, but you can sort vehicles by January 2016 volume by clicking the January 2016 column header – which will give you the same results – or you can rank vehicles by improvements or declines using the % columns. Or, most importantly, you can list automakers together by selecting the Vehicle column header.

There are visible brand results, so when you sort the table by vehicle names to showcase, for example, all Honda together, you’ll also see the Honda brand’s total. Manufacturers are shown in bold to differentiate makes and models. At any time, click the Rank column to return to the original format. If you’re on a mobile device, you may need to choose the full version of the site (at the bottom of the page) in order to use the sortable function.

Source: Automakers & Global Automakers Of Canada & ANDC
* Italicized unranked lines are nothing more than available breakdowns, already included in the model’s total, not in addition to the model’s total.
² Total Prius Family sales: down 28.4% to 285.
³ Total Santa Fe sales: up 14.8% to 1836.
† Mini Cooper includes sales of the Hardtop, Convertible, Clubman, Coupe, Roadster, and Paceman.
‡ Total Genesis sales: down 29.1% to 78.
¤ Automakers release sales figures for the E-Class and CLS-Class together and the Passat and CC together. (January’s Passat breakdown, sourced by ANDC, is not confirmed by Volkswagen.) Official sales reports haven’t yet separated the GLK from the GLC, nor labelled the M-Class the GLE.
º Land Cruiser is a commercial vehicle in Canada. Audi’s A4 sales data includes sales of the Allroad.
Sales data for brands such as Bentley, Ferrari, Lamborghini, and Rolls-Royce are unfortunately not broken down by model. estimates say sales for those brands in January were 7, 19, 11, and 7, respectively. Total Maserati volume is reported, but not by specific models. It is believed that Tesla sold 1780 copies of their Model S during calendar year 2015.