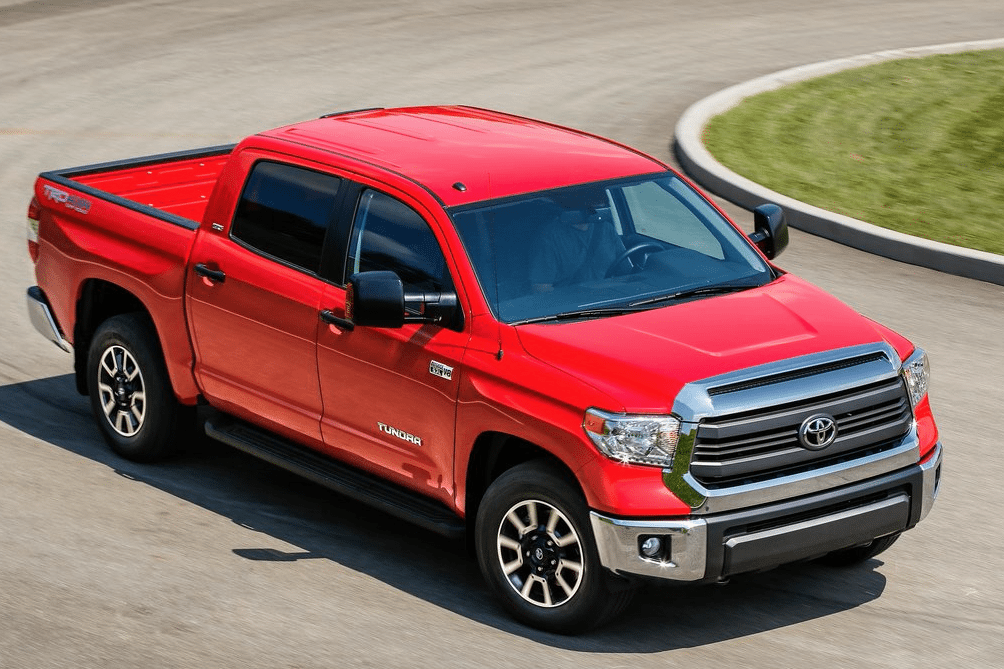 Fast forward back to last month, January 2014, and the Ram outsold the Chevy and GMC by 1146 units as combined sales of the GM twins fell 12%.

All three of those contenders continue to be written off by a huge number of truck buyers who automatically gravitate to the Ford F-Series, the top-selling truck in Canada and Canada’s best-selling vehicle overall. This could be even more true by the end of the year when the lighter, more efficient very aluminium-filled 2015 Ford F-150 has taken hold of the Canadian truck-buying consciousness.

F-Series sales fell 6% in January. The biggest gain among trucks belonged to the Toyota Tundra, which outsold its smaller Tacoma brother for the fourth consecutive month.

The Tundra’s 47% gain sounds impressive, and it is, but Toyota owned just 3.8% of the full-size market in January. Full-size trucks accounted for 94.7% of the pickups sold in Canada in the first month of 2014.

You can click any model name in the table below to find historical monthly and yearly Canadian sales data. You can also select a make and model at GCBC’s Sales Stats page. This table is now sortable, so you can rank pickup trucks any which way you like. January best seller lists for SUVs and cars will also be published soon.