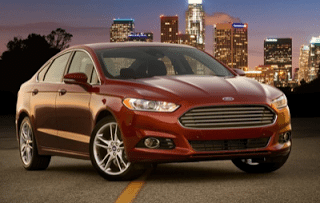 In a market that could see year-over-year gains of 15% in January 2013, Ford Motor Company and Chrysler reported increases of 22% and 16%, respectively, in the United States.

Ford moved up on strong car sales – up 39% – and huge F-Series gains of 24%. Dodge sold more than 6000 more Darts in January 2013 than Calibers in January 2012. Jeep and Lincoln both recorded declines, Lincoln’s one of many over the last few months. The new MKZ is yet to play a role in Lincoln showrooms: the outgoing model’s transition to the second-gen car pushed MKZ sales down 73% in January 2013.

Meanwhile at General Motors, the Enclave’s 57% jump provided a big push at Buick, the ATS was Cadillac’s best-selling car, Silverado sales jumped 32% in Chevy showrooms, and the GMC Terrain posted a 51% increase.

Ford was very clearly America’s favourite brand, General Motors the seller of the most cars, and Mercedes-Benz the most successful purveyor of luxury cars, Sprinter-inclusive or not. (M-B USA sales drop to 22,501 without Sprinter.) Cadillac posted the best year-over-year gain, however, and compatriot Lincoln reported the worst year-over-year decline.

As always, you can use GCBC’s Sales Stats page to locate historic and current monthly and yearly sales figures for individual models and manufacturers.

Click column headers to sort by specific categories. Using the mobile version of GoodCarBadCar? Switch to the web version at the bottom of the page, at which point columns should be sortable.
Updated @ 3:13 PM AT, February 5, 2013 With Bentley’s Correction

Source: Automakers & ANDC
* Does not include Lamborghini