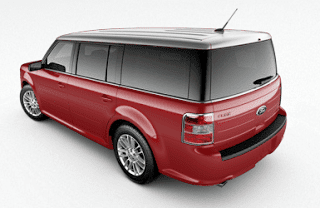 Overall, the Canadian new vehicle market was down 2.2% in January 2013. All the vehicles just mentioned posted declines worse than 2.2%. It’s important to recognize that, in many cases, perfectly understandable factors caused a disturbance. The first-generation Jeep Liberty has been dying a slow death for months and Jeep hasn’t yet introduced the second-generation Liberty. Naturally, Liberty sales will slide. In other cases, sales are down because vehicles simply aren’t as popular as they once were.

Since Ford Canada delivered 1790 Flexes between May and July of 2012, only 831 have found buyers in the last six months. The evidence is fairly clear: not as many Canadians want a Ford Flex now as a year ago, or for that matter, three years ago.

But that can’t possibly really matter all that much to Ford. So they didn’t hit the Flex out of the park – yippee. Ford Explorer sales rose 2% in January after rising 11% in 2012. Ford Edge sales dipped in January but climbed 21% last year, enough to make 2012 the Edge’s best Canadian sales year yet. And the Escape, perpetually Canada’s best-selling SUV, posted a 24% increase in January. Ford is the major brand in Canadian utility sales, and even with the Flex’s January 2013 decline, that’s not about to change.

The tables below are now sortable. You can click any model name to find historical monthly and yearly sales figures from both Canada and the U.S. And you can click the accompanying chart for a larger view.