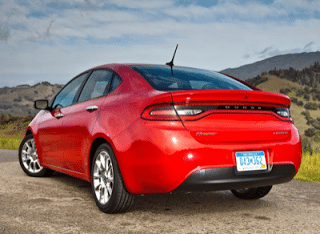 That was enough for the group’s five brands to jointly outsell the Ford Motor Company and all other manufacturers in the month of January. Ford Motor Company sales jumped 8% with strong F-Series and Fusion increases, even as Lincoln sales plunged 23%.

The January 2013 U.S. edition was published earlier today. In it, Cadillac made great gains (as it did in Canada), and the Smart Fortwo took a hit (as it did in Canada.) But unlike the U.S. market, the oft-fluctuating Canadian market collectively fell 2.3% despite the significant improvements generated by the Detroit Three. Standing out from the pack most especially was Infiniti, Acura, Jaguar, Porsche, Land Rover, and Volkswagen. But Honda sales plunged 27%, Audi fell 26%, Nissan dropped 18%, and Toyota posted a 13% decline. Mercedes-Benz and BMW led the luxury race, but sales at each brand were lower than at this time last year.

Gasp… even Hyundai and Kia didn’t sell as many cars in January 2013 as in the same period a year earlier. Your hand covers the mouth in horror, doesn’t it?

Not that January results mean nothing, but automakers will point to the fact that this is always a low-volume month for Canadian auto sales. In many parts of Canada, this past month felt especially bitter, and heading to a dealer to buy a new Mustang just didn’t seem appropriate. I, for one, spent a week in a Volkswagen Golf R, and the car’s thermometer never showed the outside temperature above -8°C.

Will things perk up in February? Perhaps. And if not, they likely will by March or April. For Chrysler, FoMoCo, and GM, January wasn’t so bad to begin with.

As always, you can use GCBC’s Sales Stats page to locate historic and current monthly and yearly sales figures for individual models and manufacturers.

Click column headers to sort by specific categories. Using the mobile version of GoodCarBadCar? Switch to the web version at the bottom of the page, at which point columns should be sortable.
Updated @ 5:23 AM AT, February 8, 2013

Source: Manufacturers, AIAMC, Desrosiers & ANDC
* Does not include Lamborghini