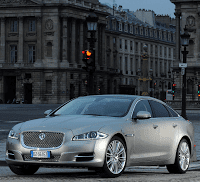 India’s Tata has perhaps had moments of, “What did we just do?”, since buying Jaguar and Land Rover. Based on U.S. Sales Stats, October 2010 wouldn’t be one of those instances. Land Rover USA sales were up 36.9% to a swallowable 2958 last month. Jaguar USA jumped 47% to a welcome 1247 during the same period.

For Jaguar, in particular, this is a mega-month of auto selling, not unlike August’s 1414 Jaguar sales. On average, 2009’s monthly Jaguar sales in the USA were below 1000. The 2010 Jaguar XK has clearly been a hit, but even XF and XK sales rose dramatically compared with last month.
Land Rover dealerships must be waiting in earnest for the 2012 Land Rover Evoque, the strangely French-named Indo-Brit SUV, but in the meantime Land Rover sales in the U.S. are moderately healthy. It’s not a bad thing when your company’s two upper-tier models out-sell the two lower-tier models by a combined 2028-930 in one month, unless you’re dying to see the volume models… ya know, sell in volume.

Of note, Jaguar/Land Rover USA’s seven models averaged 607.6 sales per model in October 2010. Porsche USA, on the other hand, sells five models which averaged 529.4 sales per model in October, or 661.8 if you count the Boxster and Cayman as one. Surely Jaguar and Land Rover want to sell more cars, but it’s not hard to see how the two British luxury automakers can be profitable.