General Motors sold more vehicles in the United States in October 2010 than Ford Motor Company. that’s not the story you’ll see when scanning the U.S. Auto Sales By Brand post here, but Ford’s 157,935 sales pales in comparison to the 183,759 GM sold. Only 367 of GM’s sales in October came from extinct brands. As for Toyota Motor Corporation, the Toyota/Scion/Lexus trio didn’t even make it to 150,000.

In other words, remember that when you hear Ford is numero uno, the big cheese, the grand kahuna, whoever’s speaking is indicating that Ford, the Blue Oval by itself, is the number one brand. As for automakers competing in the United States, General Motors dominated October 2010. Model-by-model breakdowns for Chevrolet, Buick, and GMC are available after the jump.

As for Cadillac, October wasn’t a bad month. Trailing the #3 luxury automaker of the month (Lexus) by nearly 5000 sales isn’t a dream month of selling for Cadillac, it certainly wasn’t in the cards back in 1987. But times have changed. Securing the #4 spot by selling 2382 more vehicles than Acura isn’t a bad place for Cadillac. Year-over-year percentage increases and drops show the CTS and SRX not only making up the majority of Cadillac sales but doing so at a greater rate than in October 2009. That makes sense: your least-expensive models need to be the volume sellers. 2626 total sales of a vehicle which has a starting price of $63,610, the 2011 Cadillac Escalade, is rather useful for profits, too. 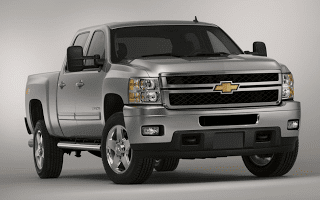 Are you surprised to see a truck atop Chevrolet’s standings? In October 2010, the Chevrolet Silverado improved on September’s sales as well as the year-over-year comparison with October 2009. The same can’t be said of every Chevrolet, particularly the dying Cobalt, but the brand as a whole posted 6.7% increase over October 2009.

If Buick continues as America’s fastest-growing brand, these sorts of numbers are going to appear low in hindsight. Enclave sales shot up in October, improving even on last month’s totals. The 2011 Buick Regal shows no sign of catching on in the marketplace despite its charming appearance. It’s possible that the Regal GS could improve the state of affairs. Buick sales were up 38.8% overall.

When GMC puts together a month in which every single model posts huge gains over the same period one year ago while also upping the ante from September, one wonders why people cried out for GMC’s head instead of Pontiac’s. Pontiac, by the way, is almost all the way gone. Only 83 were sold in October.