General Motors Sales In America – May 2011

May sales, however, were down, at least at Cadillac and Chevrolet. That’s not to say there wasn’t reason to celebrate at the Bow Tie division. The Chevrolet Malibu was the best-selling car in America last month. But sales of the dying DTS are tailing off; Escalade sales were down; and the SRX fell slightly, hindering chances for growth at Cadillac where the CTS was up 22.9%. And back at Chevrolet, Silverado sales fell by 5281 units. Sales of other big Chevys – the Avalanche, Tahoe, Traverse, Suburban, and Express – were all in decline, as well. If Chevrolet was simply a car division, we would be saying sales rose 5.8%.

For a change, GoodCarBadCar.net is publishing the full model-by-model breakdown of every GM vehicle on sale today. Each pie chart you see below can be clicked upon for a larger review. 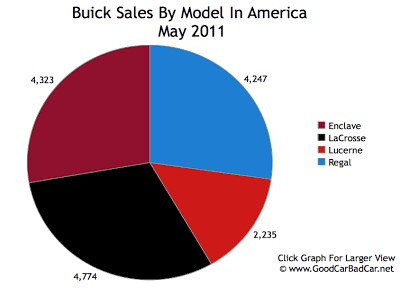 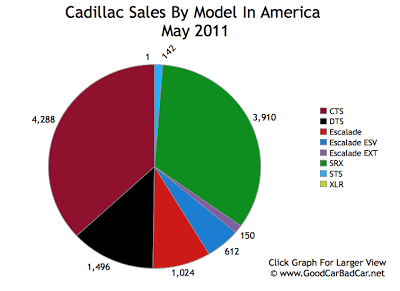 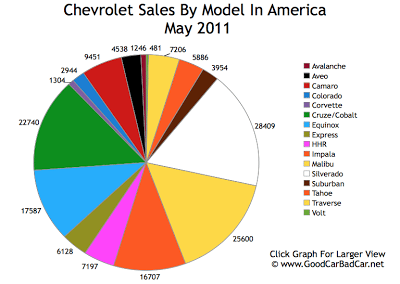 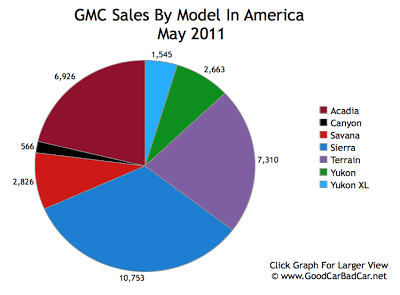