Sales of Ford Motor Company vehicles totalled more than those of any other automobile manufacturer in May 2011… except for General Motors. GM’s May sales have already been completely covered in four separate charts. Now FMC’s sales figures – and Ford’s in particular, America’s most popular individual brand – are shown with their respective share of the brand’s volume in the charts below.

Lincoln’s pitiful performance in May is more clearly understood once you realize only 3.9% of all Ford Motor Company sales occurred in the luxury brand’s showrooms. The MKS, MKT, and Navigator posted year-over-year declines. Lincoln was America’s seventh-most-popular premium automotive brand in May as sales fell 4.6% to 7399. 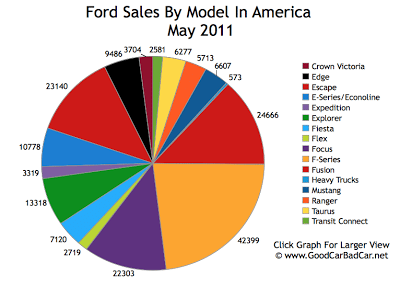 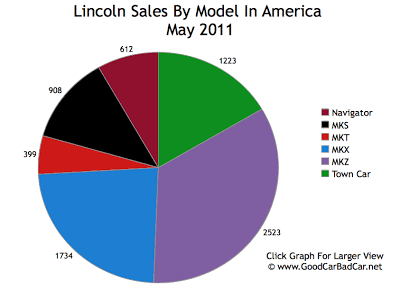