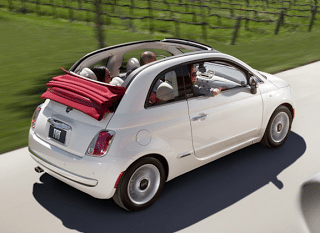 Chrysler Canada has sold 8664 copies of the Fiat 500 since the car went on sale in February 2011. That first month, when only nine were sold, was all about the hardtop 500. Since then, the 500C – that’s Fiat shorthand for the convertible Cinquecento – has been surprisingly popular, as well.

Last month, when the Fiat 500 became Canada’s 18th-best-selling passenger car, 373 of the 1207 500s sold were convertibles. Admittedly, “convertible” may be something of a misnomer: the 500C drops its top but not its top’s sides. Nevertheless, the 500C was more popular in March than the Dodge Challenger, Hyundai Veloster, Chevrolet Camaro, and Hyundai Genesis Coupe. It wasn’t just sporting cars the 500C topped, either, as the 373 sales were more than enough to fend off the Acura MDX, Lincoln MKX, BMW X5, Buick Regal, and Ford Taurus.

Even south of the border, Mini only sold 258 Roadsters in a market that was 7.5 times the size. Mini USA also sold 521 Cooper Convertibles in April, 508 Clubmans, and 290 Coupes. 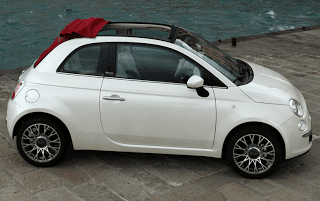 Dropping the 500C’s price has certainly helped. Walk into a Chrysler Canada showroom and before negotiations even begin the price will fall by $2500, a handsome 12.5% discount. The same $2500 discount applies to the hardtop Fiat 500 Pop, Sport, and Lounge, but the 500 Abarth is currently priced at $23,995 with no manufacturer rebates.

Discounts, improved marketing, and the awareness brought about by more people simply seeing 500s on roadways all contribute to the Fiat’s growing sales totals. Regardless of the reason, the chart below shows off the monthly 500C sales volume in Canada. And it’s not even summer yet.