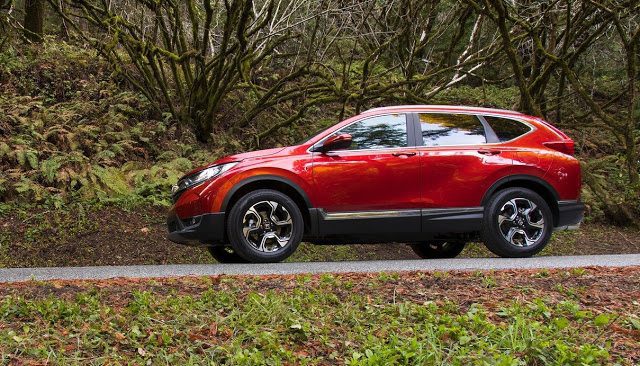 Led by the Nissan Rogue for the second time in three months – Rogue sales jumped 54% to 33,149 units – the health of the American utility vehicle market allowed the industry to essentially fall flat in February 2017. The industry didn’t expand, though left to passenger cars, it surely would have.

Through the first one-sixth of 2017, the Rogue leads the Honda CR-V – America’s top-selling utility vehicle in five consecutive years – by 724 units. Keep in mind, Nissan is now sourcing Rogues from three plants to help meet demand, but the CR-V is all-new and still ramping up. At this stage of 2016, the CR-V was 2619 sales behind the Toyota RAV4.

That gap early in the year didn’t stop the CR-V from winning the SUV/crossover sales race by a healthy margin last year.

The Rogue was joined by Nissan’s Pathfinder in the top 17. The CR-V was the only Honda utility vehicle in the top 20.

Historical monthly and yearly sales figures for any of these best-selling SUVs and crossovers can always be accessed through the dropdown menu at GCBC’s Sales Stats page, and for those not viewing the mobile version of this site, near the top right of this page, as well. Mobile users can now thumb across the table for full-width access. GoodCarBadCar has already published the list of America’s best-selling trucks in February and will shortly publish the list of America’s 20 best-selling cars.