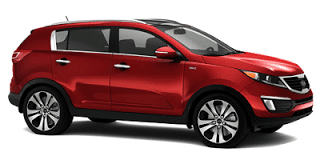 February 2013 was the second-best FJ Cruiser sales month for Toyota in the last two-and-a-half years. It also marked the 14th consecutive month in which U.S. sales of the Kia Sportage declined on a year-over-year basis. The only time Chevrolet sold more Captiva Sports to fleet buyers was the month before February.

Every auto sales observer can’t get over the sales force that is the Jeep Wrangler, America’s sixth-best-selling SUV in February 2013. But it’s interesting to note the recent force of the two small car-like Jeeps, vehicles that are undoubtedly helped by aggressive pricing. To their credit, Jeep has also been updated both extensively since they were first introduced. In February, the Compass and Patriot combined to outsell the Wrangler by 14 units. Perspective? In January, their combined efforts trailed the Wrangler’s output by 490 units. 2012’s year end numbers showed the Wrangler to be 39,424-units better.

In what was a much-improved month for the (larger and more costly) Hyundai Santa Fe, the Jeep Patriot only trailed the well-regarded Hyundai by 100 sales.

As good a month as it was for the Toyota FJ Cruiser, GM fleet sales, and non-Liberty/Grand Cherokee Jeep volume, these vehicles weren’t nearly as popular as the leaders of the pack. It does seem as though Wranglers are everywhere, but Ford sold 2.4 Escapes for every Wrangler sold last month.

The sudden influx in sales of the hefty, overpriced FJ Cruiser only added 308 units to Toyota’s tally – the Equinox contributed an extra 2798 sales for GM. And even though off-road fans find it hard to understand, twice as many Americans want Honda CR-Vs (in a bad month) than Jeep Wranglers. It’s probably about something silly like fuel efficiency.

Historical monthly and yearly sales figures for any of these SUVs and crossovers can be found by clicking the model names in the tables below or by making a selection at GCBC’s Sales Stats home. These tables are now sortable, so you can rank vehicles by popularity rather than alphabetically. If you’re interested in seeing only the best of the best, GoodCarBadCar published a list of the top-selling SUVs and crossovers in America twelve days ago. Slightly larger “midsize” SUVs and crossovers are listed here.

Source: Manufacturers & ANDC
* indicates a vehicle which is also shown in another GCBC segment breakdown